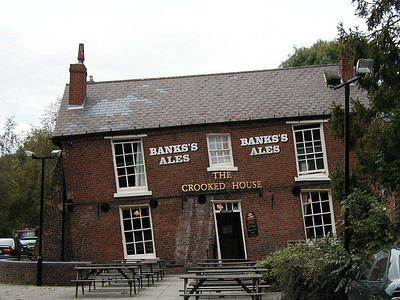 Its name and distinctive appearance are the result of 19th-century mining subsidence. One side of the building is now approximately 4 feet (1.2 m) lower than the other.

It stands in an isolated location close to Himley just off the B4176 road between Dudley and Telford, approximately 3 mi (4.8 km) from the nearest town centres of Sedgley and Dudley. The entrance to the road leading to it lies within the metropolitan county of the West Midlands, but the Crooked House is located just north of the boundary between Staffordshire and the West Midlands.

The Crooked House was built in 1765 and was originally a farmhouse. During the early 19th century, mining in the area caused one side of the building to begin gradually sinking. It later (c. 1830 ) became a public house called the Siden House, siden meaning "crooked" in the local Black Country dialect. The building was later[when? ] renamed the Glynne Arms after the local landowner, Sir Stephen Glynne, on whose land it stood.[3]

The building was condemned as unsafe in the 1940s and was scheduled for demolition. Wolverhampton and Dudley Breweries purchased the pub and rescued it by making the structure safe using buttresses and girders to retain its lopsided appearance.[3] 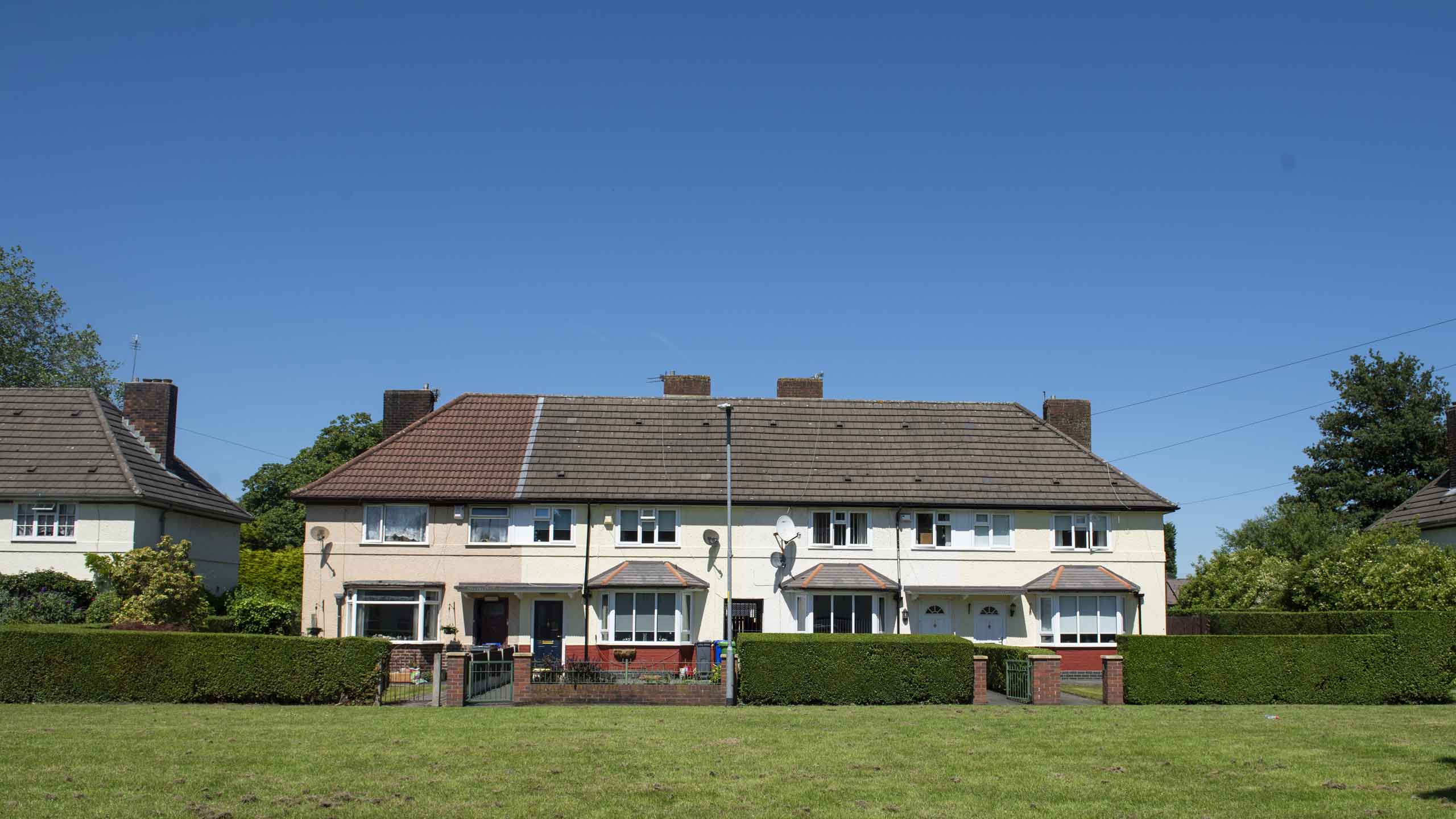