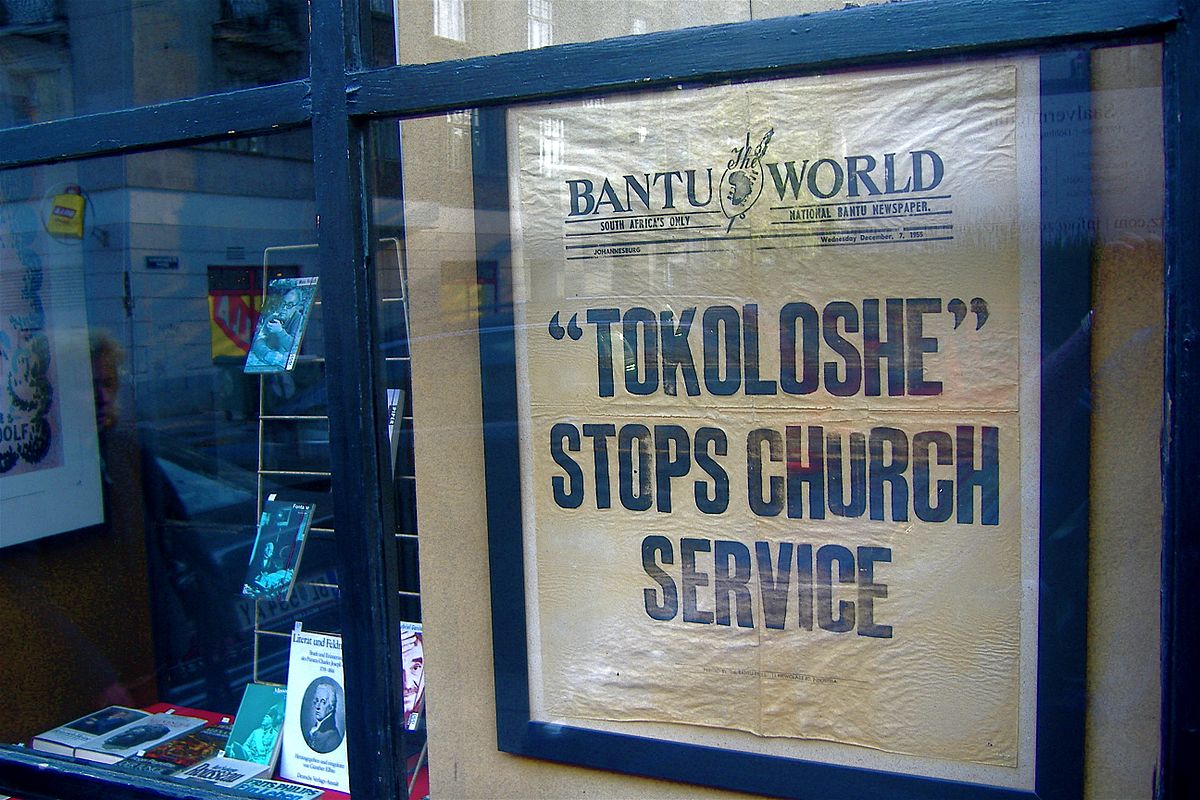 In Zulu mythology, Tikoloshe, Tikolosh, Tokoloshe, Tokolotshe, Thokolosi or Hili is a dwarf-like water sprite. It is a mischievous and evil spirit that can become invisible by drinking water or swallowing a stone. Tokoloshes are called upon by malevolent people to cause trouble for others. At its least harmful, a tokoloshe can be used to scare children, but its power extends to causing illness or even the death of the victim. The creature might be banished by a pastor (especially with an apostolic calling), who has the power to expel it from the area. It is also considered a part of superstition and is often used in a satirical manner as a reference to overcome.

The advent of the phantom Tokoloshe came about through Bantu folklore to explain why people inexplicably died while sleeping in their rondavels at night. Traditionally, these people slept on the floor on grass mats encircling a wood fire that kept them warm during sub-freezing cold winter nights on the highveld in the rarefied air. They never realized the fire was depleting the oxygen levels, leaving noxious carbon monoxide, which is heavier than pure air and sinks to the bottom. Eventually it was realized that anyone who happened to be sleeping in an elevated position escaped the deadly curse of Tokoloshe, which was described as a short man about hip high who randomly stole one's life in the night unless they were lifted to the height of their bed.[citation needed ]

"Some Zulu people (and other southern African tribes) are still superstitious when it comes to things like the supposedly fictional tokoloshe—a hairy creature created by a witch doctor to harm his enemies (also … known to bite off sleeping people's toes)."[1]