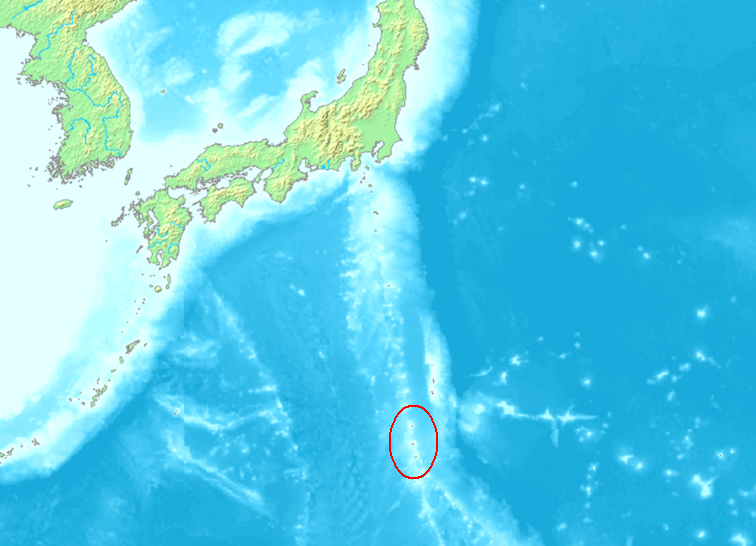 The Volcano Islands (火山列島 , Kazan Rettō ) or Iwo Islands (硫黄列島 , Iō-rettō ) are a group of three Japanese-governed islands in Micronesia. They lie south of the Ogasawara Islands and belong to the municipality of Ogasawara, Tokyo, Tokyo Metropolis, Japan.[1][2] The islands are all active volcanoes lying atop an island arc that stretches south to the Marianas. They have an area of 32.55 square kilometres (12.57 sq mi), and a population of 380. The island of Iwo Jima in the Volcano Islands lies about 1,240 kilometres (770 mi) southeast of Miyazaki.[3]

There is a Japan Self-Defense Forces air base on Iwo Jima with a staff of 380. It is located in the village of Minami. Other than that, the islands are uninhabited.

The first recorded sighting by Europeans was in October 1543 by Spanish navigator Bernardo de la Torre on board of carrack San Juan de Letrán when trying to return from Sarangani to New Spain.[4] Iwo Jima was charted as Sufre, the old Spanish term for sulphur.