Its original name is Einschienige Hängebahn System Eugen Langen (Eugen Langen Monorail Overhead Conveyor System). It is the oldest electric elevated railway with hanging cars in the world and is a unique system in Germany.

Designed by Eugen Langen and offered first to the cities of Berlin, Munich and Breslau who all turned it down,[2] the installation with elevated stations was built in Barmen, Elberfeld and Vohwinkel between 1897 and 1903; the first track opened in 1901. The railway line is credited with growth of the original cities and their eventual merger into Wuppertal.[2] The Schwebebahn is still in use as a normal means of local public transport, moving 25 million passengers annually, per the 2008 annual report.[3] New rail cars were ordered in 2015, called Generation 15, and the first new car went into service in December 2016.

The Schwebebahn runs along a route of 13.3 kilometres (8.3 mi), at a height of about 12 metres (39 ft) above the River Wupper between Oberbarmen and Sonnborner Straße (10 kilometres or 6.2 miles) and about 8 metres (26 ft) above the valley road between Sonnborner Straße and Vohwinkel (3.3 kilometres or 2.1 miles).[4][5] At one point the railway crosses the A46 motorway. The entire trip takes about 30 minutes.[5] The Schwebebahn operates within the VRR transport association and accepts tickets issued by the VRR companies. 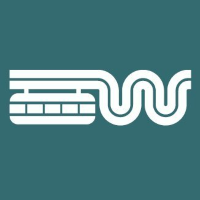