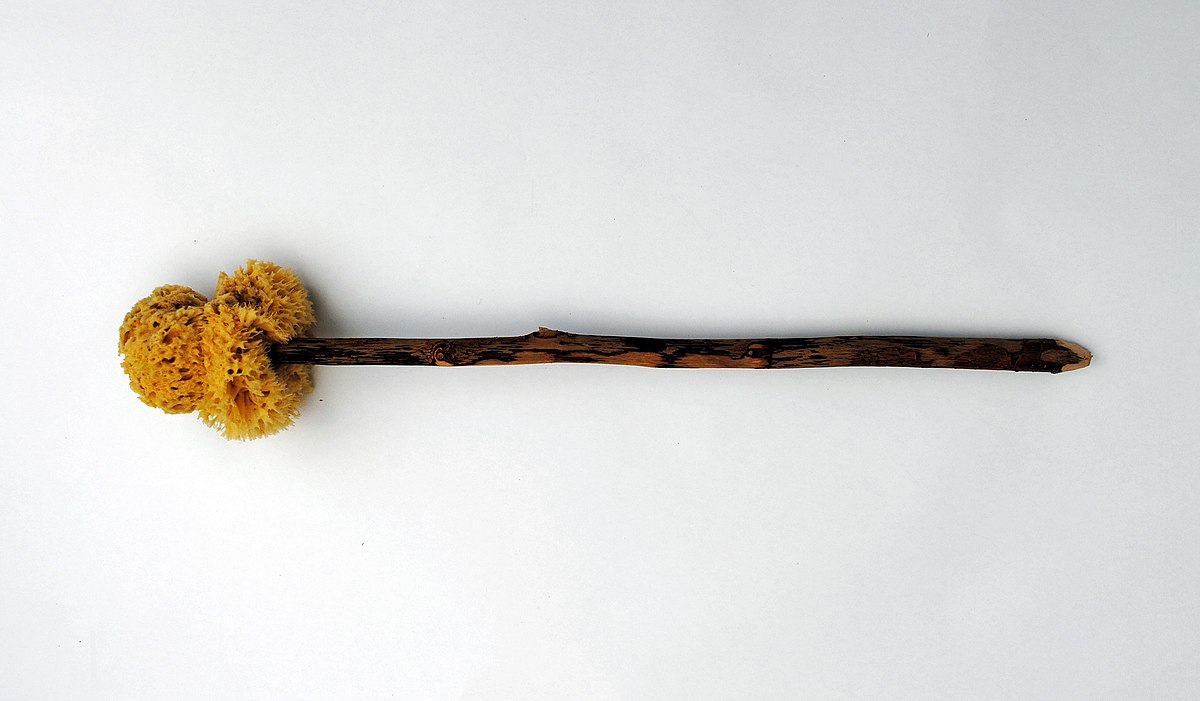 The xylospongium or tersorium, also known as sponge on a stick, was a hygienic utensil used by ancient Romans to wipe their anus after defecating,[1] consisting of a wooden stick (Greek: ξύλον , xylon) with a sea sponge (Greek: σπόγγος , spongos) fixed at one end.

The tersorium was shared by people using public latrines. To clean the sponge, they simply washed it in a bucket with water and salt or vinegar.[2] This became a breeding ground for bacteria, causing the spread of disease in the latrine.[3]

In the baths of the seven sages in Ostia, a fresco from the 2nd century contains the Inscription (u)taris xylosphongio[5] which is the first known mention of the term. Also in the early second century a papyrus letter of Claudius Terentianus to his father Claudius Tiberianus uses the term xylespongium in a phrase.[6]