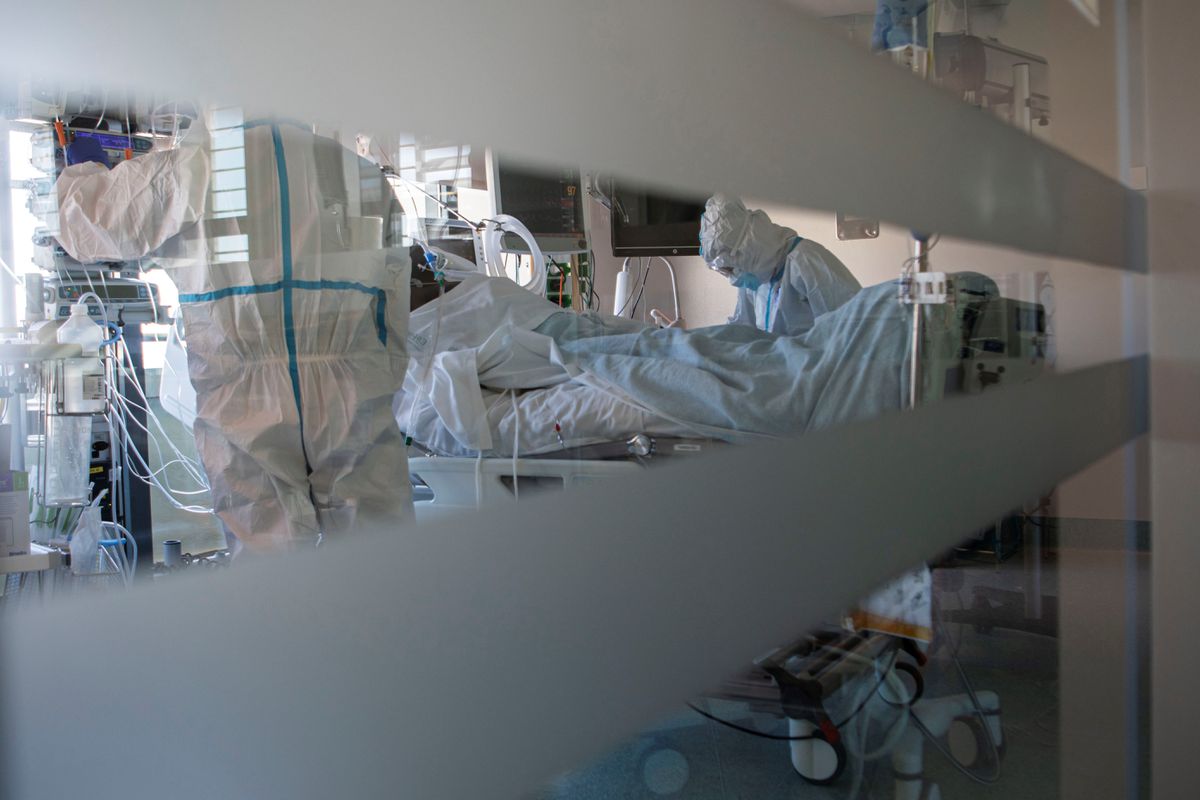 Hospital occupation during the ongoing sixth wave of the coronavirus in Spain exceeded the maximum levels seen during the two previous spikes two weeks ago, according to the data supplied each weekday by the central Health Ministry and that is based on information sent from the country’s regions. The more than 17,000 patients currently in hospitals and who are carrying the virus are well in excess of the 10,500 seen during the fourth and fifth waves.

The heads of these healthcare centers, however, warn that any comparison should be made with caution. The reason for this is the highly contagious nature of the omicron variant, and the fact that most people who are vaccinated only present very mild symptoms or are asymptomatic. This has caused a spike in the percentage of patients who, despite having been included in the official statistics after testing positive via routine PCR tests, are in fact being treated for other illnesses.

“Just a few months ago there were very few of these patients,” explains Virginia Fraile, from the Spanish Society of Intensive, Critical and Coronary Unit Medicine (Semicyuc). “But recently they have grown a great deal as a consequence of the major increase in the registered incidence among the general population.”