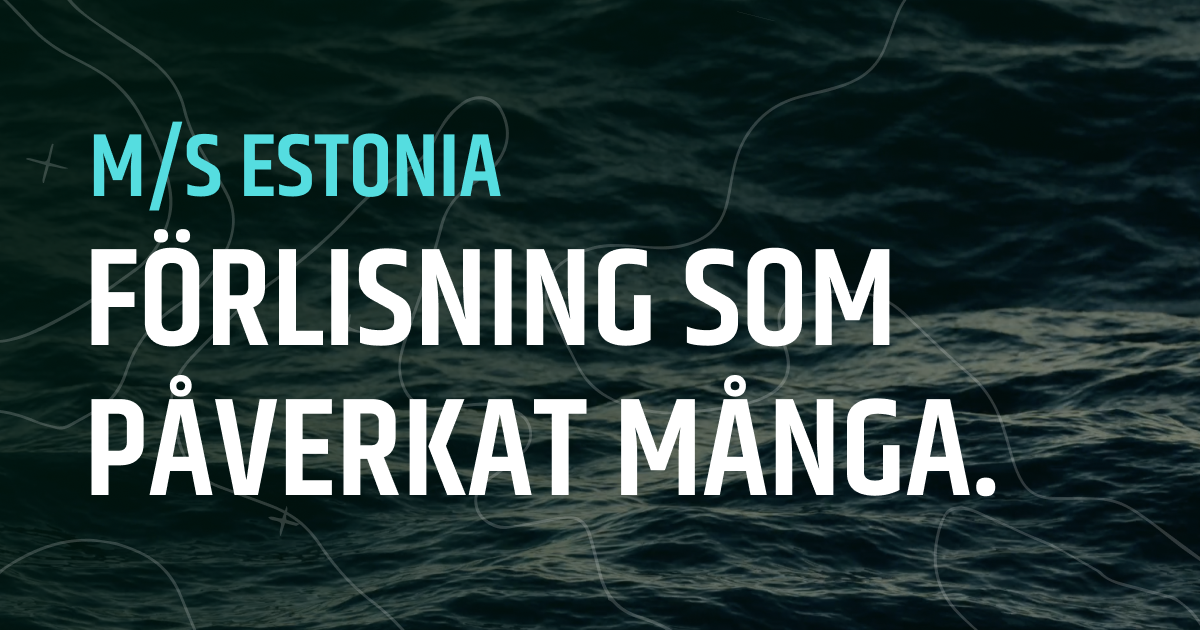 An accident that affected many.

The safety investigation authorities of Estonia and Sweden, in collaboration with Stockholm University and Ocean Discovery AB, among others, have carried out investigations of the wreck of the passenger ship Estonia and the bottom conditions around the ship.

Here we report on the photo documentation that was carried out during the summer of 2022, which resulted in approximately 45,000 photographs.

Of the 989 people on board, 852 people died. In accordance with an agreement between the Prime Ministers of Estonia, Finland and Sweden, a temporary Joint Accident Investigation Commission was formed to investigate the accident (JAIC). A final report was published in December 1997 and the JAIC was subsequently disbanded.

On September 28, 2020, footage was published showing a previously unknown hole in the ship's starboard side. The Estonian Safety Investigation Bureau therefore initiated a preliminary assessment of the new information and requested assistance from the corresponding authorities in Finland and Sweden.

The Safety Investigation Authority of Finland and the Swedish Accident Investigation Authority decided to assist the Estonian authority. The purpose of the preliminary assessment is to consider whether the new information gives reason to revise the conclusions drawn in the 1997 report, whether new investigative measures should be taken and, if so, what.