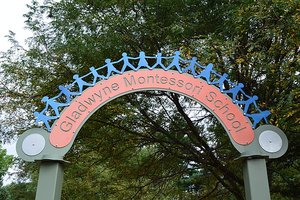 Finger tracing has been used by teachers to help students learn for more than a century. In the early 1900s, education pioneer Montessori encouraged young children to trace over letters of the alphabet made from sandpaper with their index fingers, based on the intuition that a multi-sensory approach (i.e., visual, auditory, tactile, and kinesthetic) to learning would be most effective. In 1912, Montessori noticed that children, after mastering the sequence of tracing a letter with their index finger, “took great pleasure” in closing their eyes and trying to recall it.

Over 100 years later, her method has received some empirical validation. Two new University of Sydney studies show that not only is tracing an effective learning technique; if it is used in conjunction with imagination, its positive effect could be amplified.

Previous Sydney School of Education & Social Work research demonstrated a link between tracing and math performance. Now, tracing in math and science lessons has been specifically found to reduce people’s cognitive load (the demands placed on the conscious mind by a range of cognitive activities), thereby enhancing their ability to learn. It has also been found to potentially increase their learning motivation. Once students have built a foundational understanding of a topic through tracing, asking them to close their eyes and “imagine” the steps while tracing enhances learning more than additional tracing with eyes open.