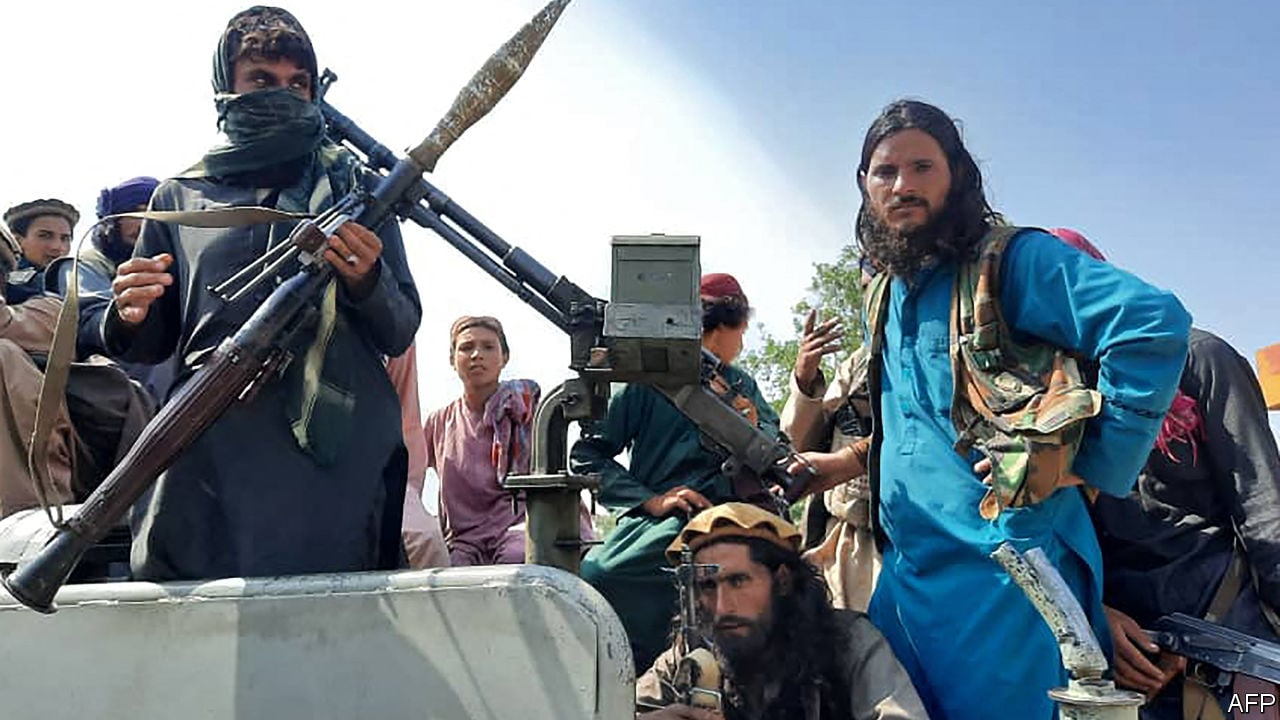 IN RECENT YEARS the presidential palace in Kabul, known as the Arg, or citadel, has been an oasis of calm in a bustling, nerve-racked city. To get to it, visitors must negotiate a mile of checkpoints, staffed by increasingly well-armed Afghan army commandos. Inside the 19th-century courtyard, Afghan government officials would sip lattes from a smart cafe, surrounded by well-tended gardens, and discuss the politics outside, in the real Afghanistan. When your correspondent last visited officials from the National Security Council explained that in their view, the Taliban were weak. The only reason that they had not been defeated by Afghanistan’s American-supported army, in the view of those officials, was that the government of Afghanistan did not want to endanger civilians by going on the offensive. “They cannot win a military victory,” one official said. “Our special forces are very strong. The Taliban can only hit and run.”

On August 15th helicopters were shuttling back and forth to the Arg evacuating those same officials. A plume of smoke emerged from America’s fortress-like embassy as staff burned sensitive documents. Barely a month since President Joe Biden declared that “there’s going to be no circumstance where you see people being lifted off the roof” of the American embassy, as in Saigon in 1975, helicopters were pictured hovering above the compound, shuttling diplomats to the airport.