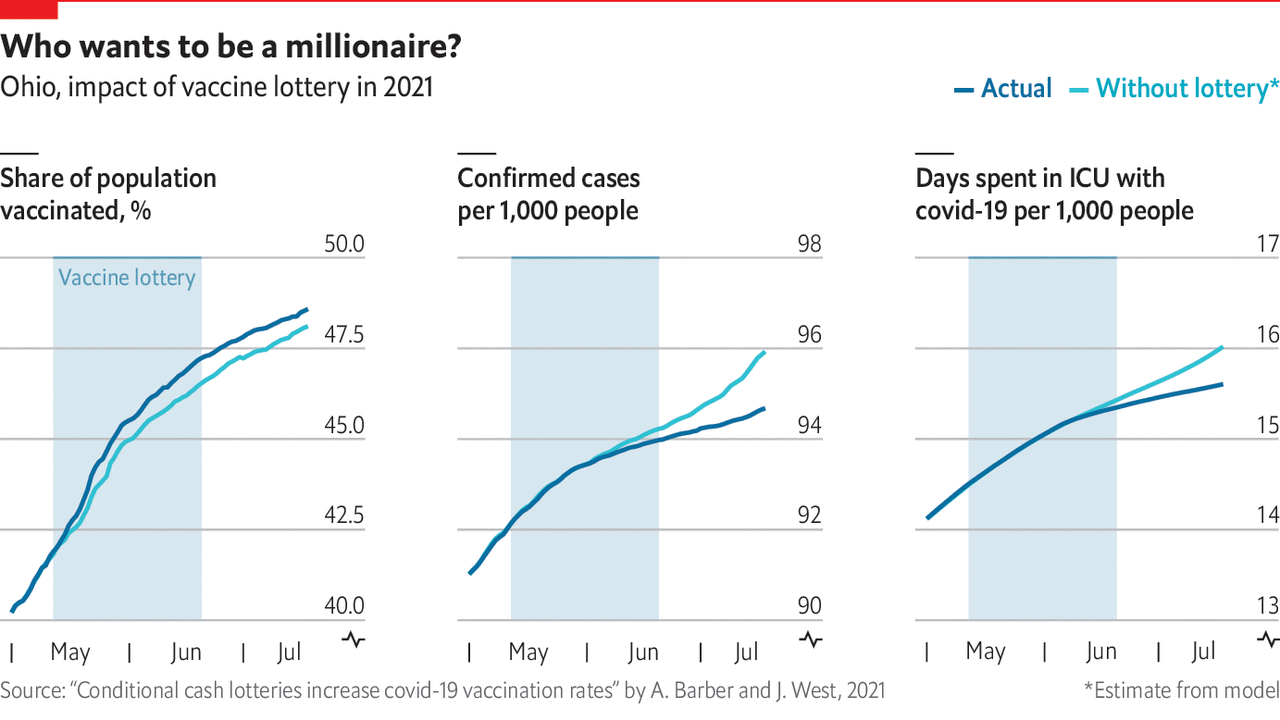 COVID-19 VACCINES in America have gone from being fought over to fought against . Most adults who want the shots already have them, meaning that the unjabbed population is made up largely of anti-vaxxers or the unmotivated. One way to encourage the latter group into getting vaccinated is to offer cash incentives . Several states have done just that, starting with Ohio. On May 12th Mike DeWine, the state governor, announced the launch of the Vax-A-Million programme. Between May 26th and June 23rd individuals who received at least one dose of any covid-19 vaccine could opt into a lottery that would reward five with $1m each and five youths aged 12-17 with full scholarships to an Ohio public university of their choice. The initiative cost $5.6m. According to a new study , it averted around $66m in healthcare costs.

Andrew Barber and Jeremy West of the University of California, Santa Cruz, set out to evaluate the success of Vax-A-Million against the hypothetical scenario in which Ohio hadn’t introduced any incentives. To do this the economists used a statistical method called synthetic control. By creating a weighted average of states that are similar to Ohio in various ways, such as in their rates of vaccine hesitancy, but did not implement a lottery, the authors created a control state—“synthetic Ohio”—to use as a point of comparison.