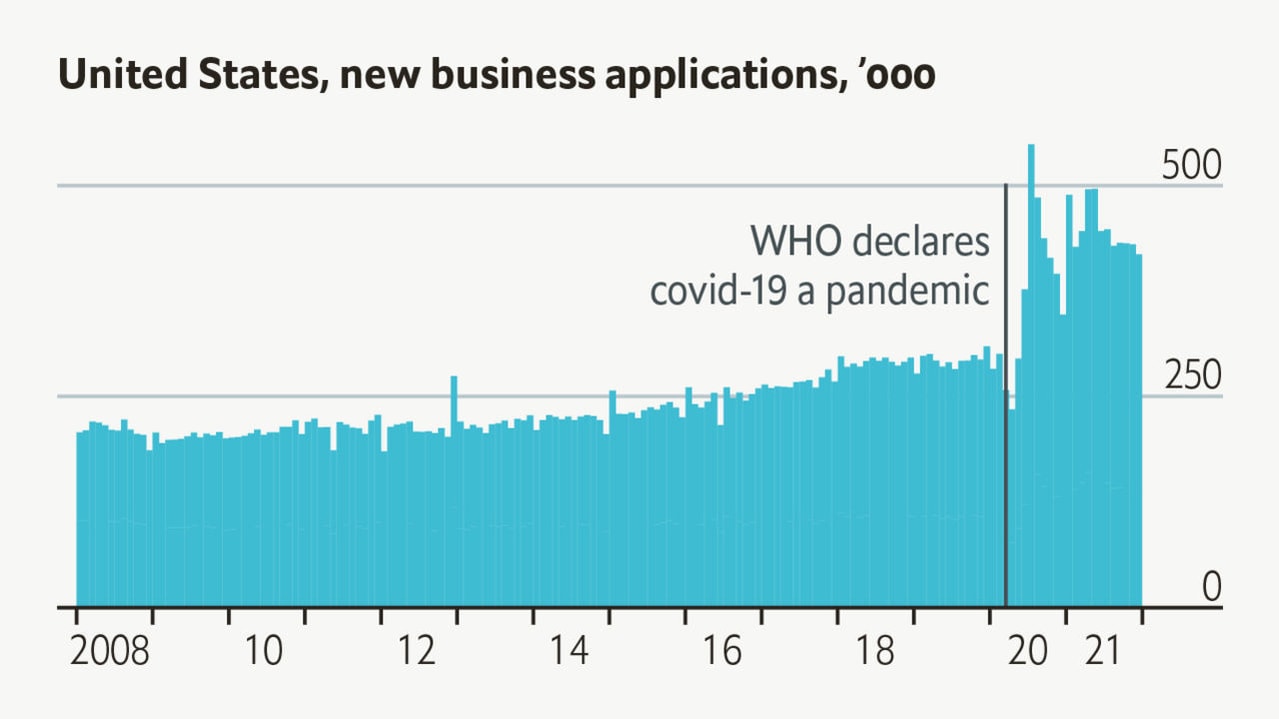 T he pandemic dealt a stunning blow to the American economy, pushing millions out of their jobs and shuttering hundreds of thousands of businesses. But it sparked activity, too. In 2020, as the virus spread and hospitals filled, Americans filed paperwork with the Internal Revenue Service to start 4.4m new businesses, a 24% increase from the previous year. The boom continued in 2021. Figures released by the Census Bureau on January 12th showed that new business applications rose by 23% in 2021 to 5.4m, the most since the government started collecting data in 2004.

This wave arose more out of necessity than choice. A report by the Kauffman Foundation, a think-tank, estimated that 30% of new entrepreneurs in 2020 were unemployed, the highest share in 25 years. A survey conducted in April 2021 by Gusto, a payroll processor, found that more than half of new business owners had launched their firms because of an economic need. And yet, as the economy has recovered, the startup surge has continued apace. In 2021 America’s unemployment rate averaged 5.4%—roughly on par with historic levels. In the same period new business applications were filed at roughly twice the pre-pandemic rate.

The Census Bureau's data highlight how entrepreneurs have adapted to the crisis and its aftermath. In 2020 the biggest increase in new business applications was in retail trade (60%) and transport and warehousing (35%). In 2021 the fastest-growing sectors were transport and warehousing (49%), utilities (48%), property (41%) and accommodation and food services (38%). These are not, by and large, the high-tech specialities of Silicon Valley and other start-up hotbeds. A report published this month by LendingTree, a financial-services provider, found that, of the ten metro areas with the fastest growth in business applications in 2020, nine were in the South.