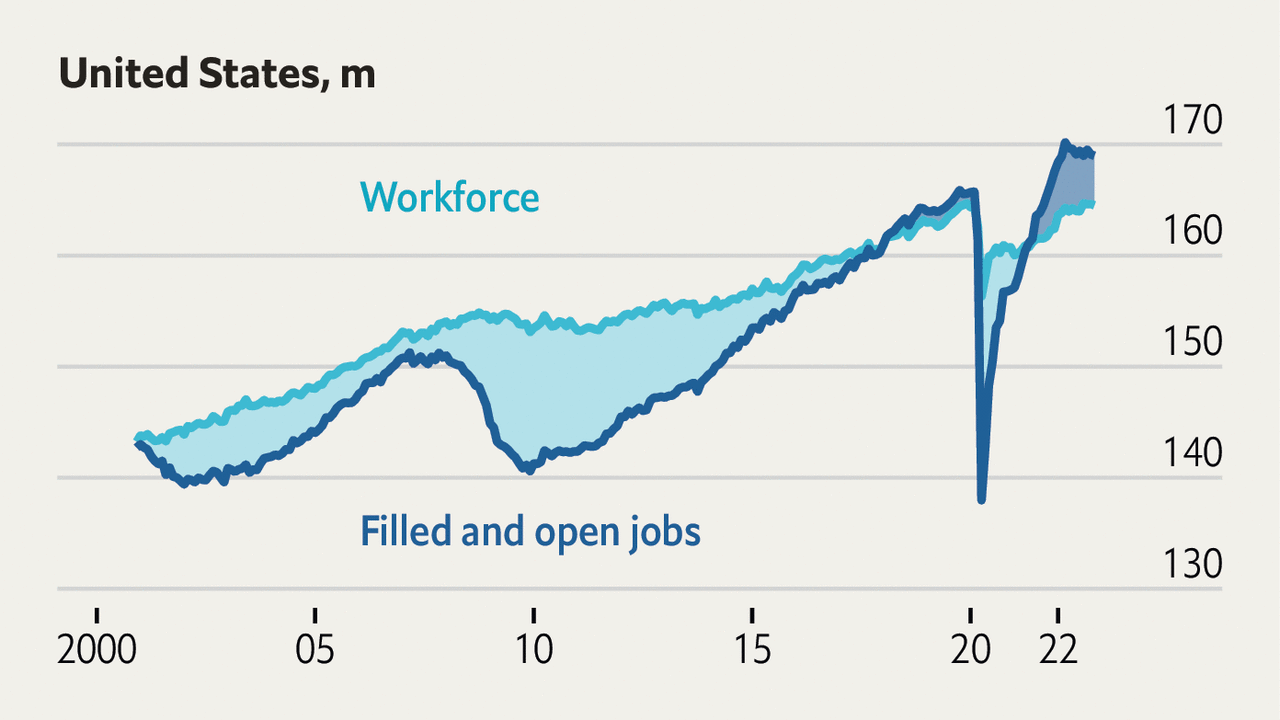 F or months economists have warned of recession in America, but in one crucial area the economy seems overheated: companies are still struggling to find workers. Why is the labour market so tight?

Companies’ hiring plans suggest that the economy remains robust for now. Total labour supply (people who have or are seeking jobs) is roughly back to pre-pandemic levels. By contrast, labour demand (filled plus open jobs) has increased by 3m positions. The excess demand represents about 3% of all those employed, which has contributed to big nominal wage gains. Slower gdp growth—whether a recession or not—will help restore balance.

The supply picture is more complex. During the pandemic, many workers took time off. Immigration, a key source of labour, also fell. Now, however, the labour-force participation (lfp) rate of prime-age workers (aged 25-54) and the foreign-born workforce have almost fully recovered. Neither explains the current squeeze.