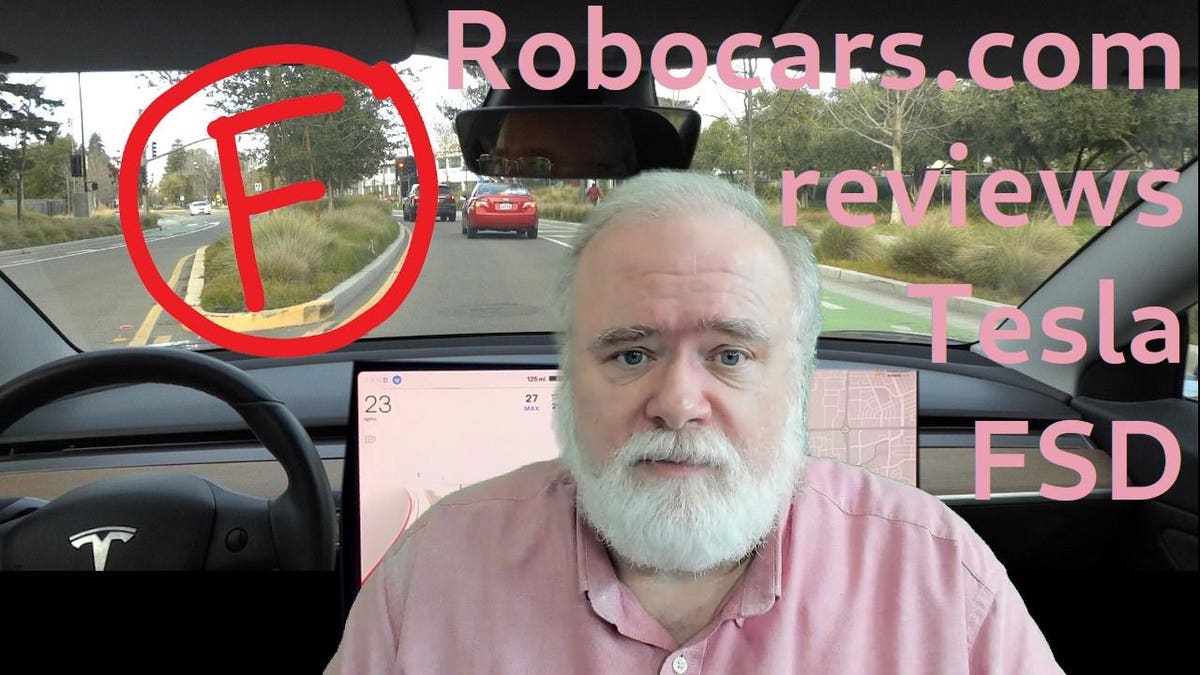 I've owned a Tesla TSLA since 2018 and I'm a huge fan of the car. My background is in self-driving cars. In addition to writing about them for 15 years, I’ve worked for and advised a wide variety of companies including Waymo, Zoox, Cruise, Starship, giant car OEMs and many others. So naturally been very interested in both Autopilot and the promised future system Tesla calls "full self driving." Tesla has released a prototype version of that system out to some Tesla owners, and I finally got it recently. I've watched many videos of it in action, some good, some bad, and wanted to see it for myself. So here’s my review, including a video of a sample drive with sadly, too many mistakes.

(The text of the video review is below, so if you read this text you can skip to the 2nd chapter of the video, about 5 minutes in, to see the sample ride.)

I have great respect and admiration for Elon Musk, so sorry to say this but ... it's terrible. I mean really bad. After all those videos I didn't expect a lot, but I expected more than this. My first drive home after activating it was frightening. You're going to see the second loop I did, one around Apple's AAPL Headquarters in Cupertino California. I've now driven this loop a dozen times with the system on, and each drive is different, with a different pattern of errors, several of them serious.