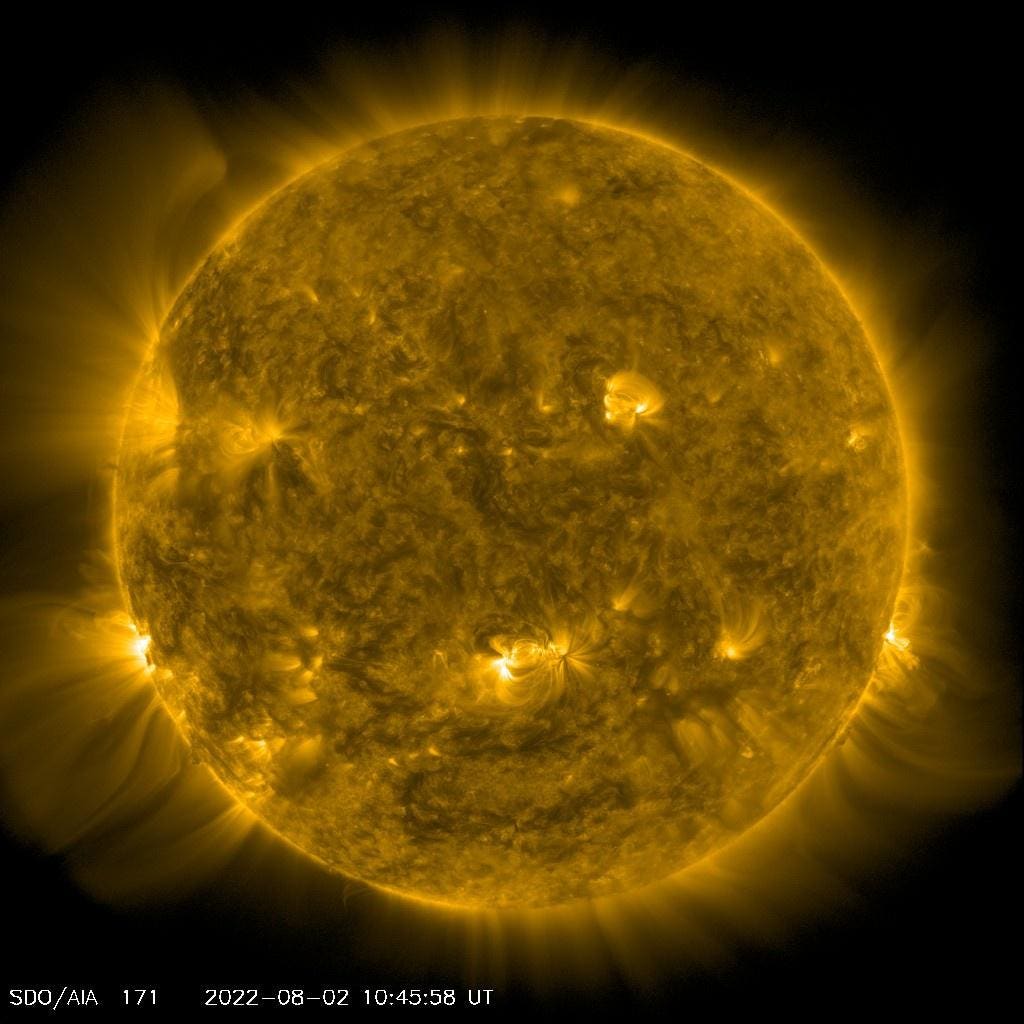 The Sun Is Now More Active Than NASA Predicted. It Could Be In Its Strongest Cycle Since Records Began

The Sun appears to have a cycle of about 11 years during which it waxes and wanes. Its activity is measured by the number of sunspots on its surface, which have been counted each day since 1755.

We’re now in Solar Cycle 25, which began in December 2019 when, in retrospect, solar scientists were able to tell the moment of solar minimum. Not surprisingly, solar maximum is predicted to occur midway through Solar Cycle 25, so between November 2024 and March 2026—and most likely July 2025.

“The Sun’s activity has quickly ramped up and even though we haven’t reached peak levels in this cycle, the Sun’s activity is already exceeding predictions,” said Nicola Fox, Director of NASA’s Heliophysics Division in a blog last week. “Solar events will continue to increase as we near solar maximum in 2025, and our lives and technology on Earth, as well as satellites and astronauts in space, will be impacted.”