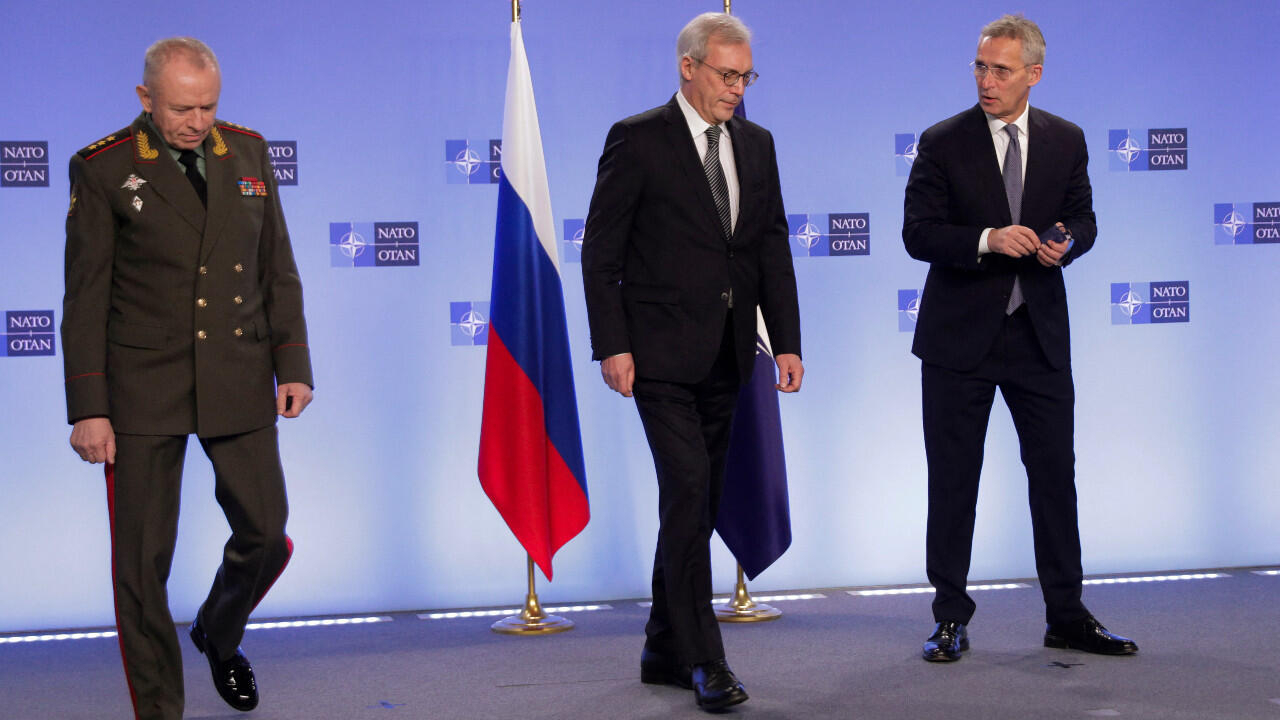 NATO said on Wednesday it was willing to talk to Russia about arms control and missile deployments to avert the risk of war in Europe, but Moscow said the situation was "very dangerous" and the way forward was unclear.

The gulf between Russia's position and that of the United States and its allies appeared as stark as ever after four hours of talks in Brussels, the second attempt this week to defuse a crisis provoked by the massing of Russian troops near Ukraine.

NATO Secretary General Jens Stoltenberg said the alliance was willing to hold arms talks but would not allow Moscow to veto Ukraine's ambition to join NATO one day – a core demand on which Russia says it will not yield.

"There is a real risk for new armed conflict in Europe," Stoltenberg told a news conference. "There are significant differences between NATO allies and Russia," he said. "Our differences will not be easy to bridge."

Russian Deputy Foreign Minister Alexander Grushko said Moscow was ready to talk about weapons deployment and verification measures, but would not allow its proposals to be cherry-picked.