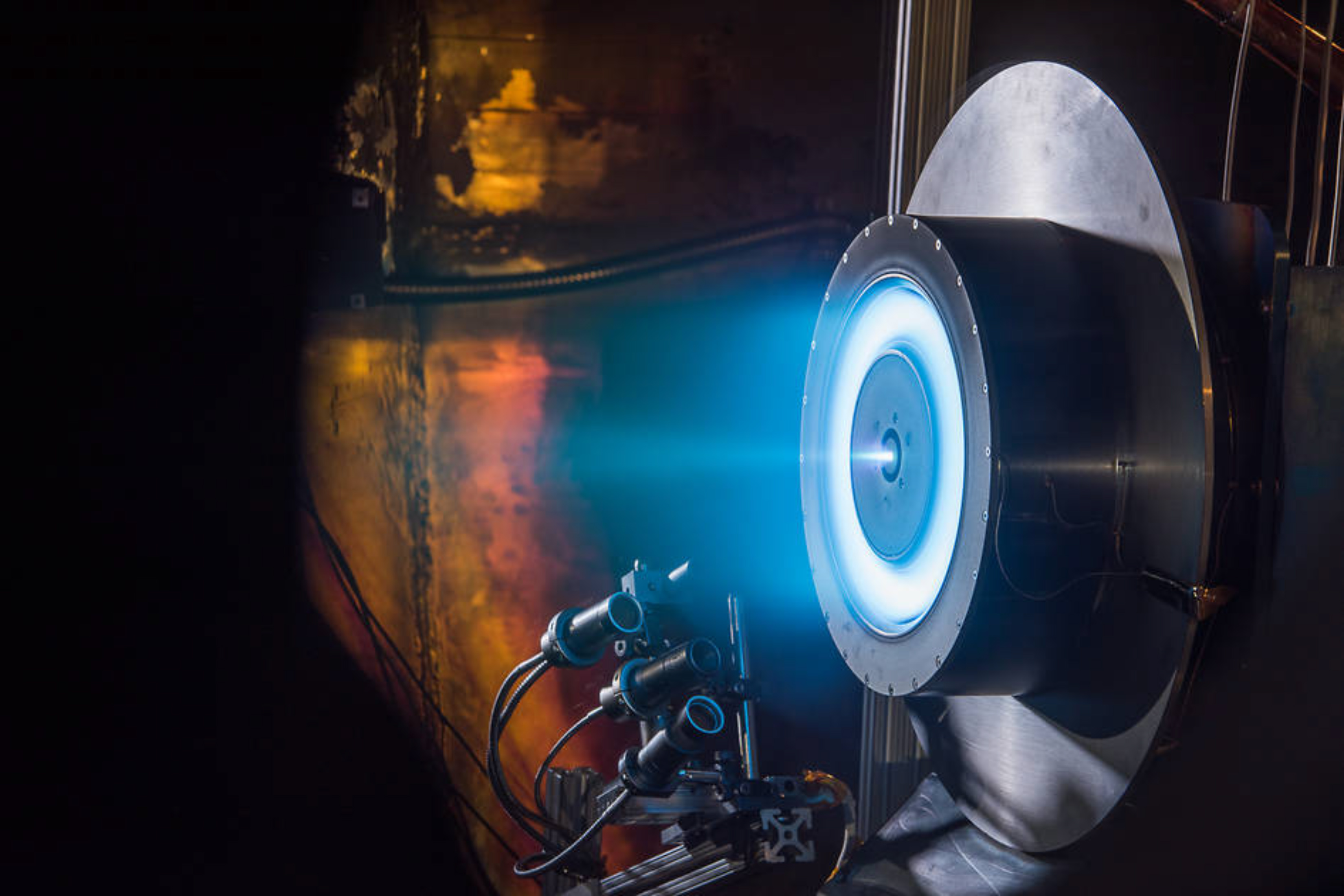 The small probe, called Psyche, was named after a 140-miles-across space rock in the asteroid belt believed to be the building block of an early rocky planet. NASA scientists are hoping to learn about the formation of other rocky planets very much like our own by getting a closer look.

To get there, the spacecraft is outfitted with Hall thrusters, which are electric thrusters that emit a space-agey blue glow. Solar panels attached to either side provide the power.

Electromagnetic fields generated by the thrusters accelerate and then shoot out charged xenon ions, creating enough thrust to propel the spacecraft to the outer reaches of our solar system.

It’s only a tiny amount of force, about the same amount of pressure exerted by three quarters on your hand. But given the drag-free environment of space, Psyche will eventually reach speeds in excess of 200,000 mph.