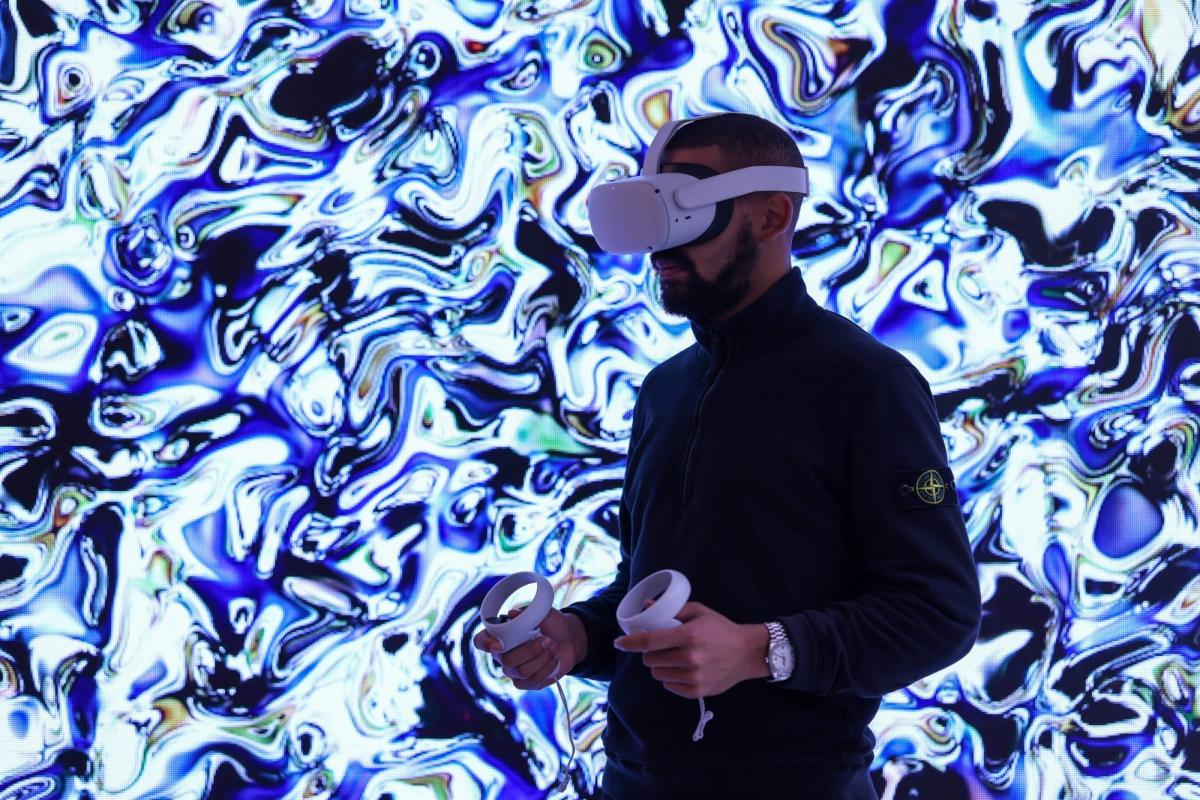 (Bloomberg) -- Apple Inc.’s long-anticipated mixed-reality headset is an ambitious attempt to create a 3D version of the iPhone’s operating system, with eye- and hand-tracking systems that could set the technology apart from rival products.

The roughly $3,000 device, due later this year under the likely name of Reality Pro, will take a novel approach to virtual meetings and immersive video, aiming to shake up a VR industry currently dominated by Meta Platforms Inc. It’s a high-stakes gambit for Apple, which is expanding into its first major new product category since releasing a smartwatch in 2015, and the company needs to wow consumers.

Apple is pushing into an uncertain market with a premium-priced product. The company’s 1,000-person-plus Technology Development Group has spent more than seven years on the project, and Apple is counting on it to become a new revenue source — especially with sales growth poised to stall this year.

But virtual reality has proven a challenge for the biggest titans of technology. Though some projections have the industry topping $100 billion by the decade’s end, headsets are still seen as niche items — and Meta has lost billions on its efforts.