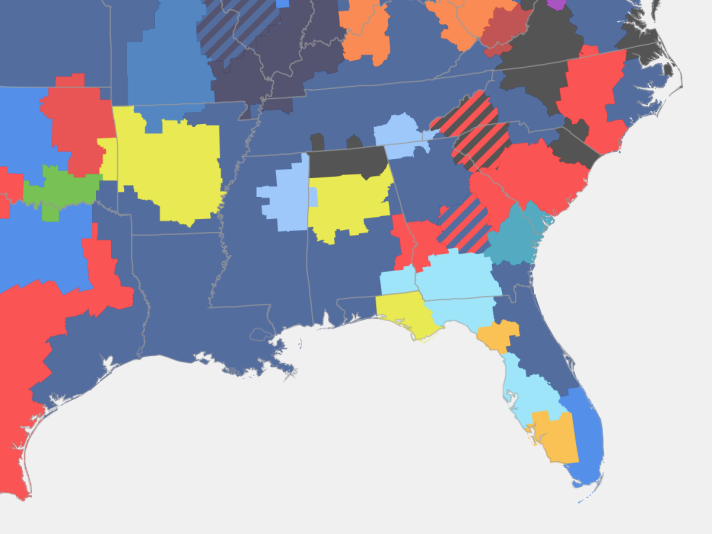 Which NFL Team Are You Stuck Watching Every Sunday?

Like millions of other Americans, I watch the NFL on a regular basis. However, just like millions of other viewers, most Sundays I am not sure which games will be on my television. I live in Austin, so there’s a good chance I’ll get to see the Cowboys and Texans, but beyond that, there’s no way for me to know what to expect. Because of the nature of the league’s broadcast deal, and the realities of “regional coverage,” every Sunday the league’s national broadcast partners Fox and CBS assign different games to different markets, based on both regional and national interest. So unless you have a premium NFL television package, your location greatly affects your viewing experiences. Folks in Wisconsin get to watch their Packers every week; folks in northern Florida “get” to see the Jags.

For years, the strange geographic structures that underpinned league broadcasts were almost entirely obscured from the average consumer. People would turn on their TVs expecting to see one game only to be disappointed by another. In 2005, one of these chronically disappointed viewers was J.P. Kirby, a Patriots fan and self-described “map nerd.” “The station’s site said one thing, the guide in my newspaper said another, and what ended up showing was another game completely, and it wasn’t the Pats game,” Kirby, 32, a web designer in Fredericton, New Brunswick, told me by email. “I was pissed and figured there had to be a better way to figure this out.” Kirby had an idea to expose the hidden geographic patterns that control our Sunday afternoons: He created a project dedicated to mapping out the NFL’s weekly broadcast schedule.