Customers of The Produce Station grocery store on South State Street in Ann Arbor can now have their items delivered by a REV-1 robot developed by Refraction AI Inc. Since last year, the company has been using its autonomous machines, which weigh about 100 pounds and are about the size of a bicycle, to deliver takeout food from a handful of local restaurants.

The new expansion into grocery delivery was an easy decision in the era of COVID-19 when people are reluctant to go into stores, said Matthew Johnson-Roberson, co-founder and CEO of Refraction AI.

“Particularly with greater awareness around food deserts and our inability to serve underserved communities with food, I think that the ability to get food from grocery stores to people is a thing that we want to make easier, and more importantly, more safe,” he said.

During a time when restaurants in particular have struggled due to monthslong state-mandated closures except for takeout and delivery, Johnson-Rogerson said he hopes that the company’s flat fee to stores will be beneficial. It’s up to stores and restaurants whether to pass along any costs to customers, he said. 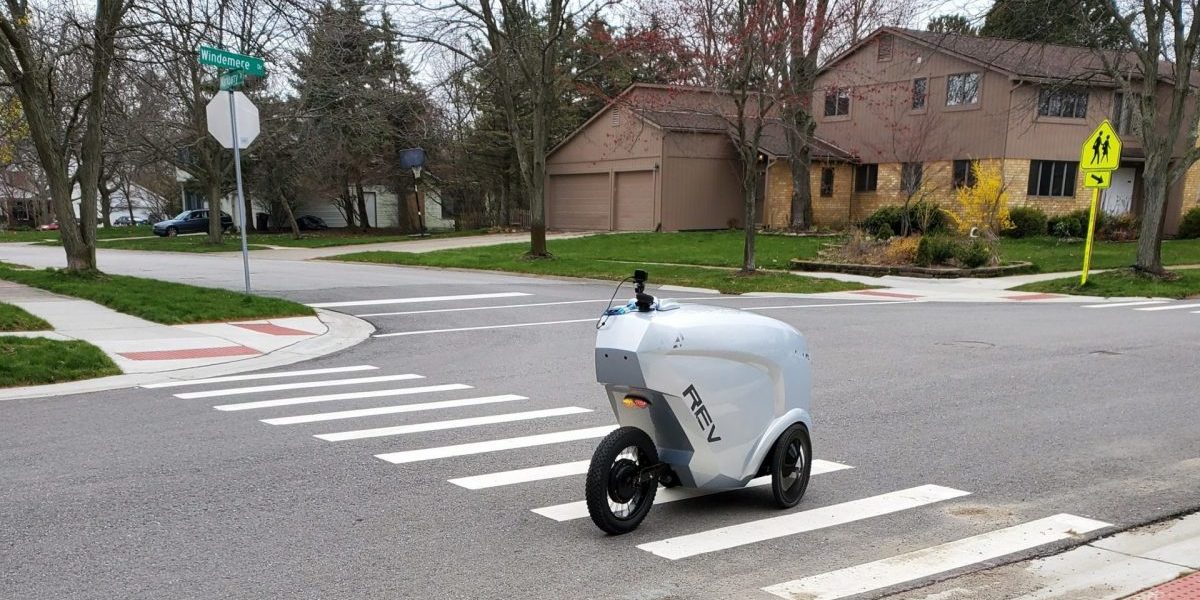 Framen: The Startup with New Ways for Advertising

That Cough or Sneeze Behind You Might Not Be COVID19