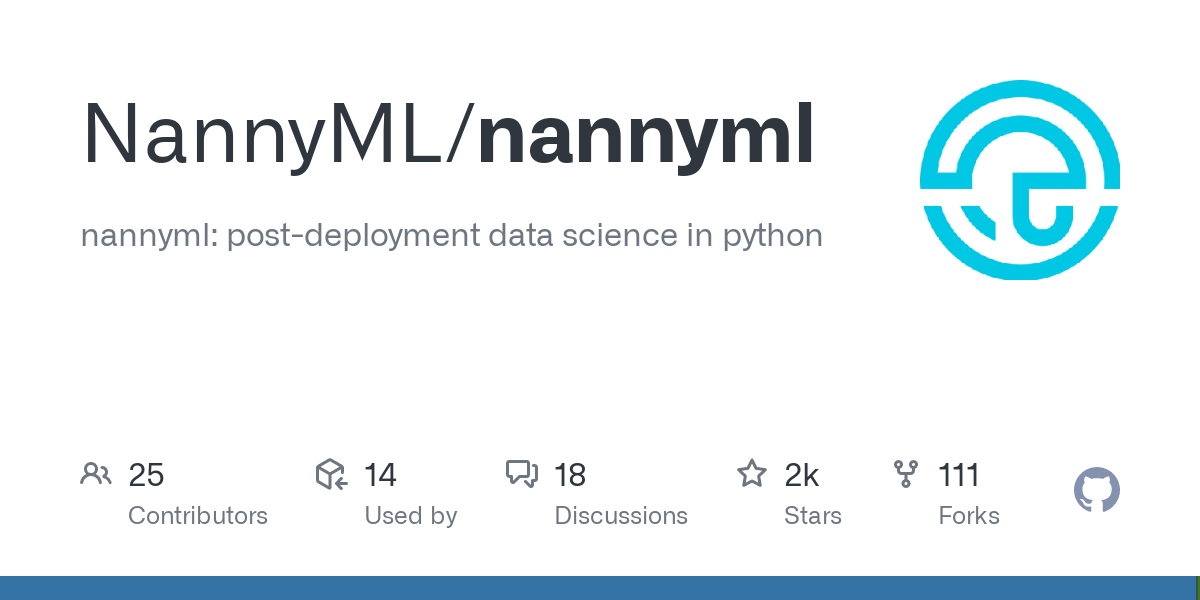 NannyML is an open-source python library that allows you to estimate post-deployment model performance (without access to targets), detect data drift, and intelligently link data drift alerts back to changes in model performance. Built for data scientists, NannyML has an easy-to-use interface, interactive visualizations, is completely model-agnostic and currently supports all tabular binary classification use cases.

If you like what we are working on, be sure to become an Nanster yourself, join our community slack and champion us with a GitHub star ⭐.