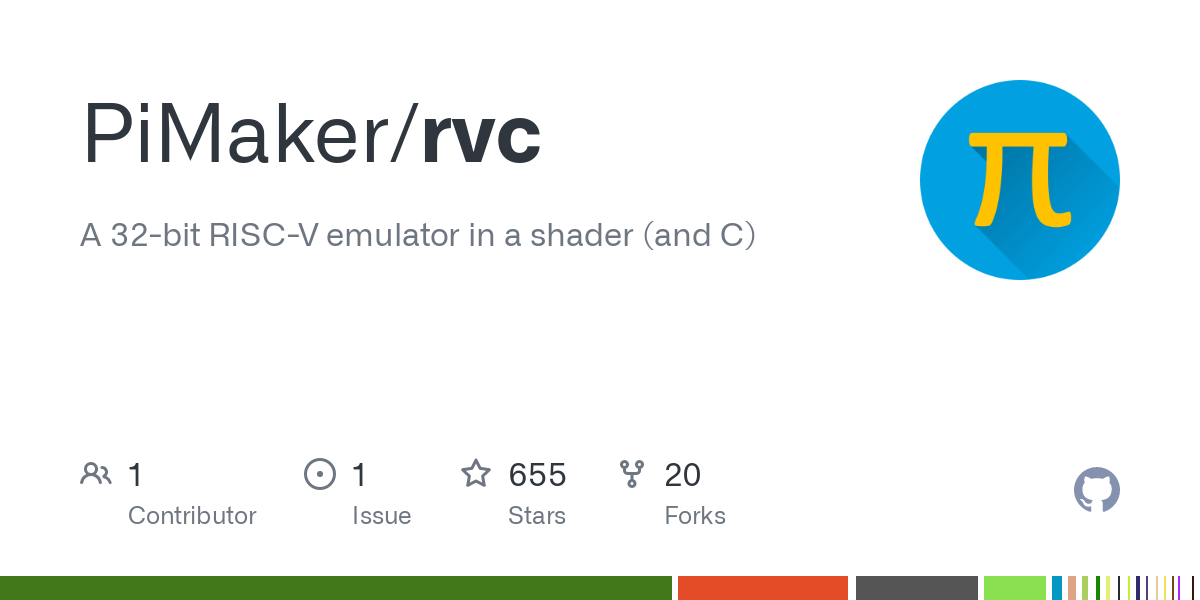 The C version was initially based on takahirox/riscv-rust (see for example instruction decoder generation using instructions.txt and parse_ins.pl), which is a great resource for learning about RISC-V in general, aside from the official specs of course.

[0] GPUs only really support 32-bit integer math (in the use-case I want to put this in anyway) [1] The elf loader ('elfy') is written in Rust, because I was too lazy to do it myself in C (Rust uses the 'elf' crate) and it doesn't need porting anyway.

This repo makes heavy use of submodules, so make sure to use git clone --recursive on initial cloning (may take a long time) and run git submodule update --recursive after a new pull.

The biggest pitfall is probably the required Perl support. The shader code uses perlpp and a valid runtime environment (I recommend Strawberry Perl for Windows). See the file AutoImport.cs for more information, you will need to set a valid path in there. Technically, the already created *.h files can be used as-is, but you won't be able to meaningfully change any code without it.