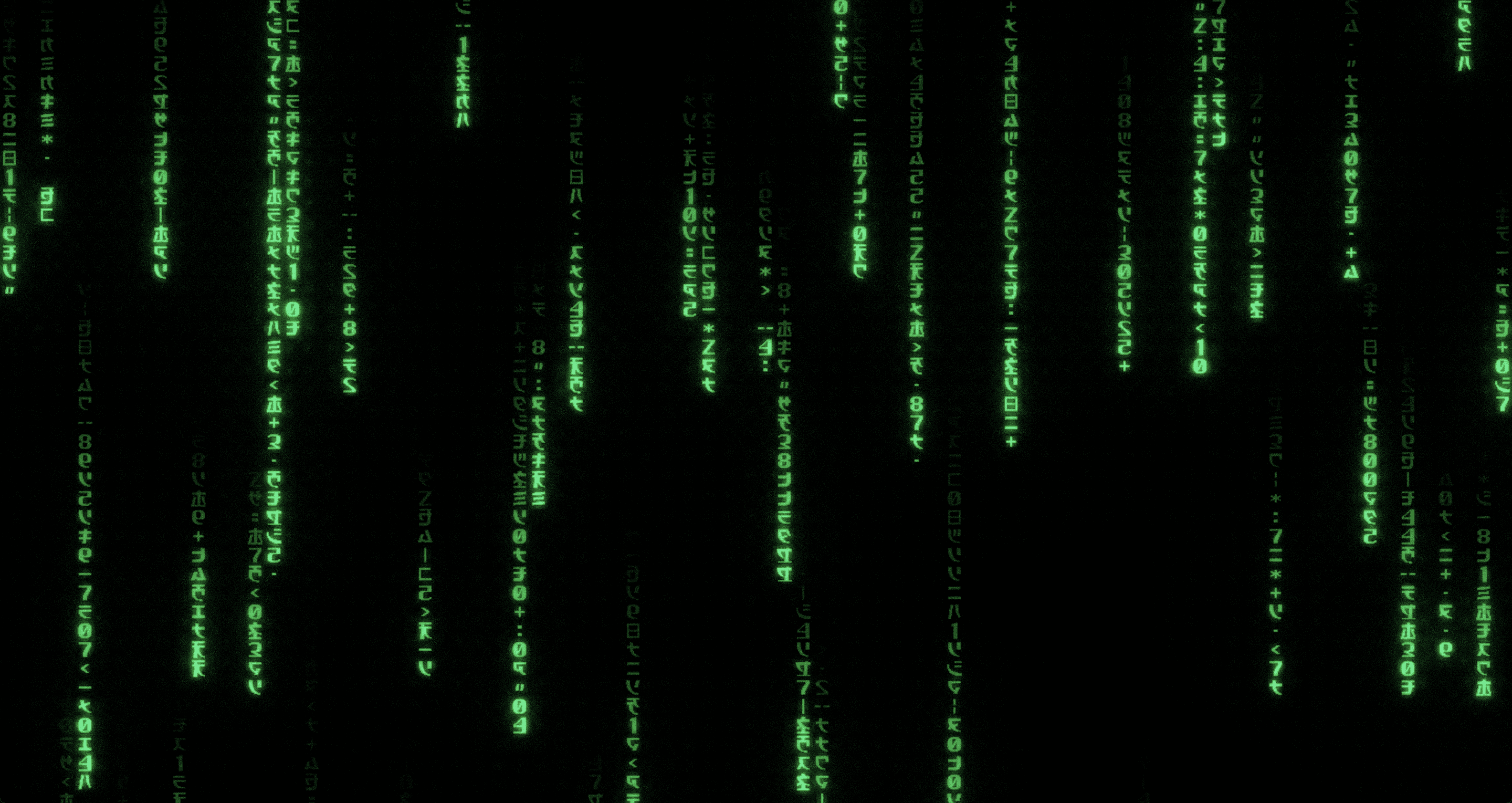 This project is a web implementation of the raining green code seen in the Matrix franchise. It's built right on top of the upcoming graphics API WebGPU, but falls back to the functional WebGL wrapper, REGL; its previous Three.js version is maintained in a separate branch.

A fan project can attempt to tackle any of these. However, this project focuses specifically on #1 and #3— an endless effect, visually stunning and mystifying, that feels right at home on any screen.

The number of implementations out there of this effect is a testament to the size of the film's impact on popular culture. For decades, I've enjoyed searching for and comparing them from time to time. That's probably how you arrived here— it's fun to see what kinds of solutions different people come up with to a problem, when the process is purely recreational and its success is subjective. I myself tried and failed to make the effect many times over.

Some of the earliest, roughest versions were made after the film hit theaters in March, but before it was released on home media in October— people were recreating the effect purely from memory. Others probably used the official screensaver as a reference, which was made by the time-strappped developers of the (excellent, defunct) official site from the images and multimedia tools they had available.