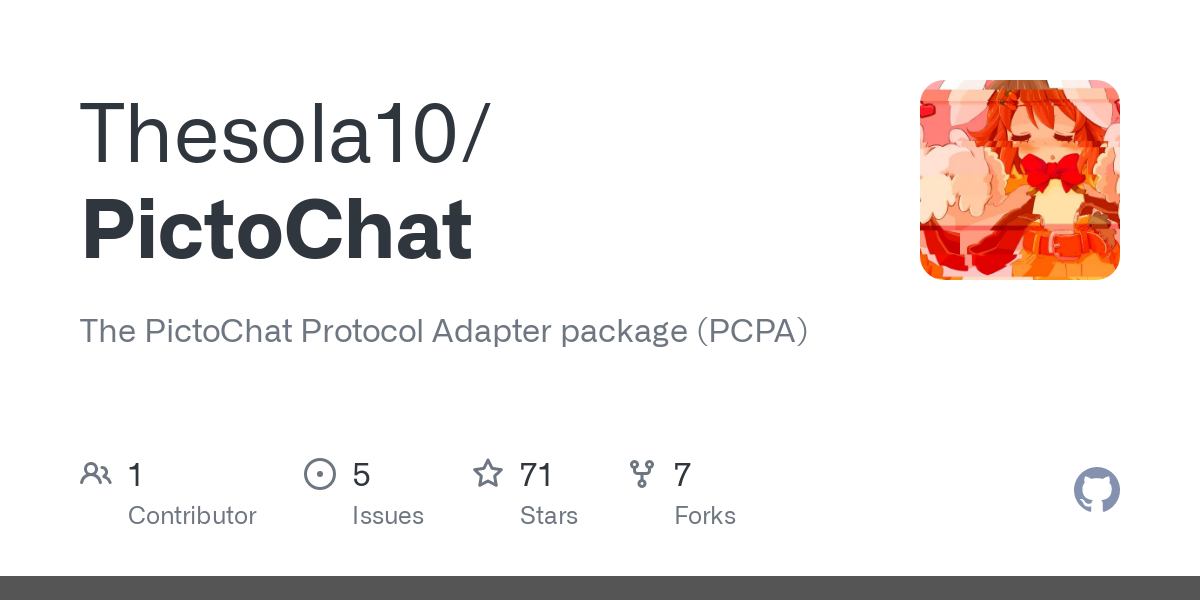 The PictoChat Protocol Adapter (PCPA) set of tools is designed to interact with the Nintendo DS PictoChat protocol, via a compatible Prism54 USB WiFi adapter.

The core pcpa library allows for a computer to send and receive black-and-white bitmap data to a PictoChat chatroom. When active, the PC is counted as a connected user.

The pctt library (PictoChat Text Toolkit) allows recognition and exchange of plain text through PictoChat, by recognizing the standard PictoChat font. When recognition fails, pctt falls back to bitmap data by default.

A while ago, a piece of software called pictosniff was created, which allowed users to decode incoming PictoChat messages, but not to interact with them. This library re-uses code from pictosniff, which is courtesy of Sebastien Bourdeauducq under the GNU GPL.

The official Nintendo USB WiFi adapter is powered by the Prism54 chipset, the same which can be found inside of a Nintendo DS, DSi and 3DS. Should be easy enough to find by looking for "Prism54" on Amazon. Bought an official Nintendo USB WiFi adapter and realized I'm a dunce and it, in fact, can't sniff PictoChat packets. Development is paused until I decide to buy another Prism54 dongle and actually test things out. 🤦‍♂️