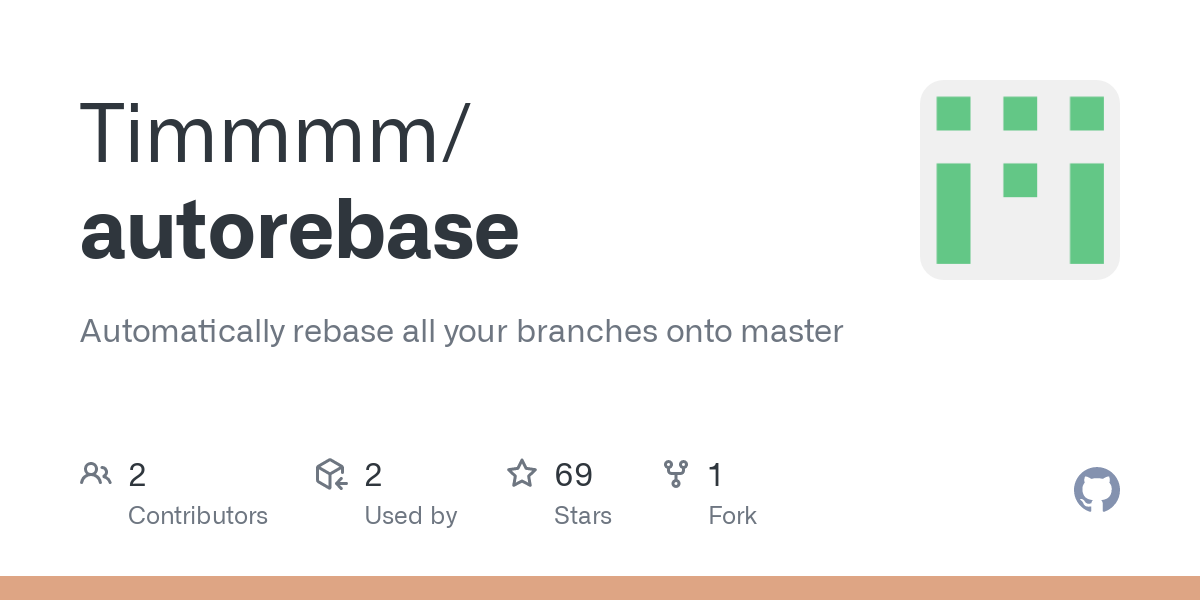 Autorebase automatically rebases all of your feature branches onto master. If conflicts are found it will rebase to the last commit that doesn't cause conflicts. Currently it will rebase all branches that don't have an upstream. You don't need to switch to any branch, the only limitation is that a branch that is checked out and not clean will not be rebased (though I may add that in future).

This has attempted to rebase all of the branches. demo and readme were successfully rebased onto master. However the other branches had conflicts, so they were not rebased all the way to master. Instead they were rebased to just before the commit that caused the conflicts.

If a commit couldn't be fully rebased due to conflicts, it is marked as such and rebasing it won't be attempted again until its commit hash changes (e.g. to being edited or manually rebased).

There are two strategies to deal with conflicts. The default is fast; --slow selects the slow method. The slow method simply tries rebasing onto master^, master^^, master^^^ and so on until one works or we get to the merge base.