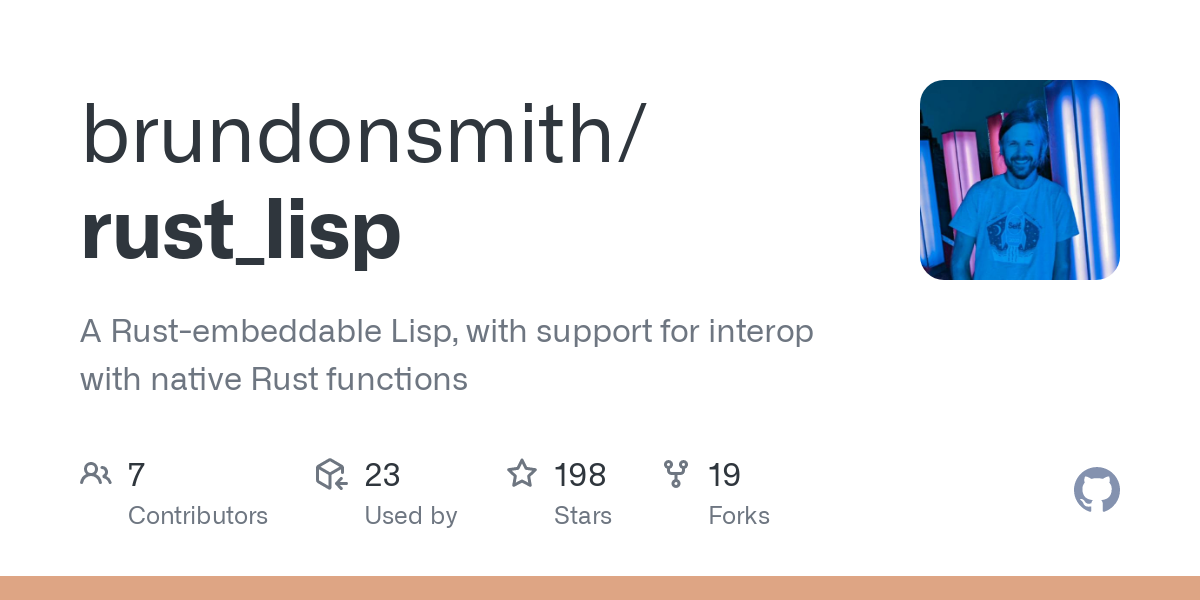 This is a Lisp interpreter, written in Rust, intended to be embeddable as a library in a larger application for scripting purposes. Goals:

As you can see, the base environment is managed by the user of the library, as is the parsing stage. This is to give the user maximum control, including error-handling by way of Results.

The heart of the model is Value, an enum encompassing every type of valid Lisp value. Most of these are trivial, but Value::List is not. It holds a recursive List data structure which functions internally like a linked-list. into_iter() and from_iter() have been implemented for List, and there is also a lisp! macro (see below) which makes working with Lists, in particular, much more conventient.

Value does not implement Copy because of cases like Value::List, so if you read the source you'll see lots of value.clone(). This almost always amounts to copying a primitive, except in the Value::List case where it means cloning an internal Rc pointer. In all cases, it's considered cheap enough to do liberally.

The base environment is managed by the user of the library mainly so that it can be customized. default_env() prepopulates the environment with a number of common functions, but these can be omitted (or pared down) if you wish. Adding an entry to the environment is also how you would expose your Rust functions to your scripts, which can take the form of either regular functions or closures: