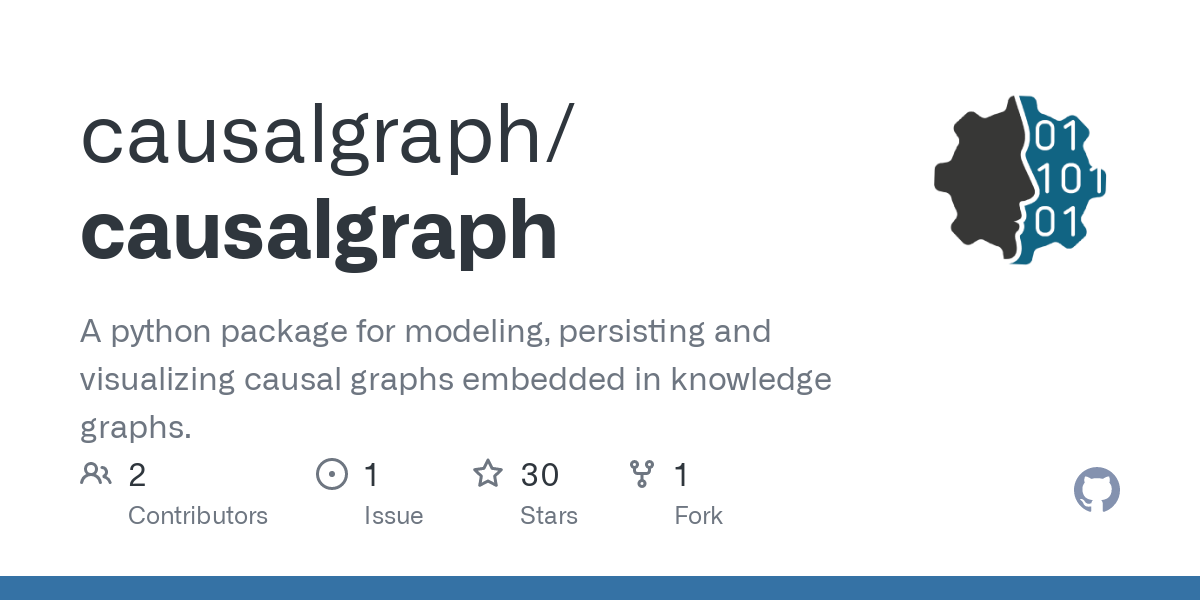 causalgraph - modeling and saving causal graphs embedded in knowledge graphs. The package has been designed to provide an interface between causal disciplines such as causal discovery and causal inference. With this package, users can create and save causal graphs and export the generated graphs for use in other graph-based packages. The main advantage of the proposed package is its ability to facilitate the linking of additional information and metadata to causal structures. In addition, the package offers a variety of functions for graph modeling and plotting, such as editing, adding, and deleting nodes and edges. It is also compatible with widely used graph data science libraries such as NetworkX and Tigramite and incorporates a specially developed causalgraph ontology in the background.

Please have a look at the examples folder at /examples. Here you can find some Jupyter notebooks in which the most important functions are presented. You can also take a look at the causalgraph paper. It is referenced in the end of this README.