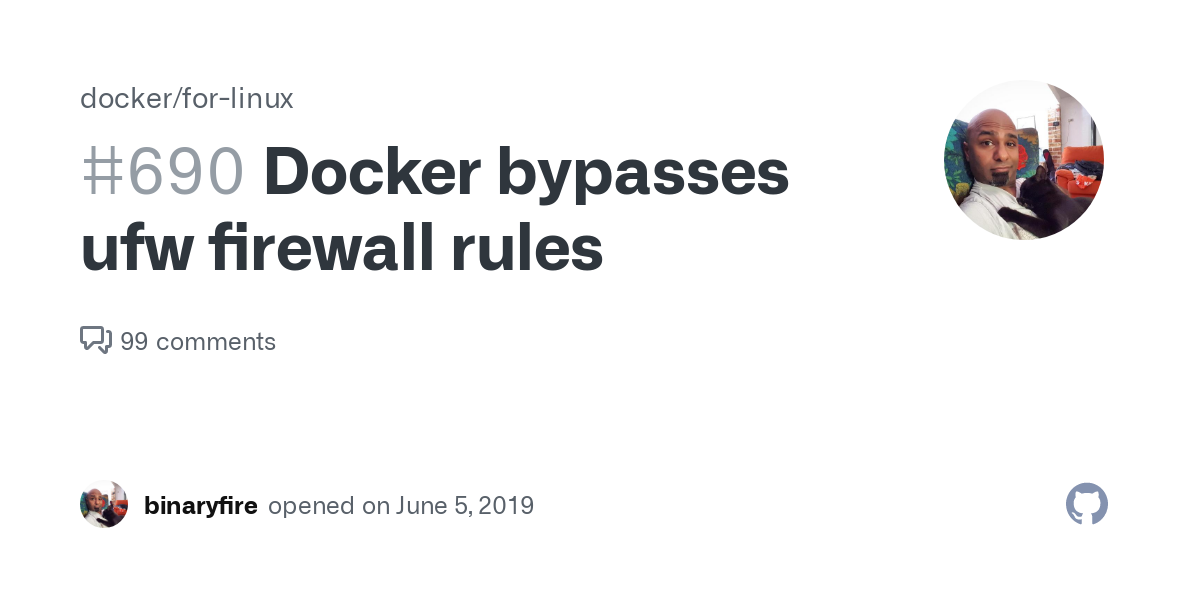 ufw in ubuntu should be treated as the "master" when it comes to low level firewall rules (like firewalld in rhel). However docker bypasses ufw completely and does it's own thing with iptables. It was only by chance (luckily!) we discovered this. Example:

Expected behaviour: the Keycloak container should be available at port 8080 on localhost/127.0.0.1, but not from the outside world.

There is a workaround (https://www.techrepublic.com/article/how-to-fix-the-docker-and-ufw-security-flaw/) however I think techrepublic are correct when then describe it as a "security flaw", and it's a pretty serious one. Most people using ubuntu user ufw. I imagine a large number of them are unaware their UFW rules are being bypassed and all their containers are exposed.

The problem is ufw does it's own thing here. The best thing to do here would be to insert a jump rule into the DOCKER-USER chain which will forward to the ufw chain. There is a pretty lengthy discussion on this in github.com/moby/moby, though (search is failing me, unfortunately).