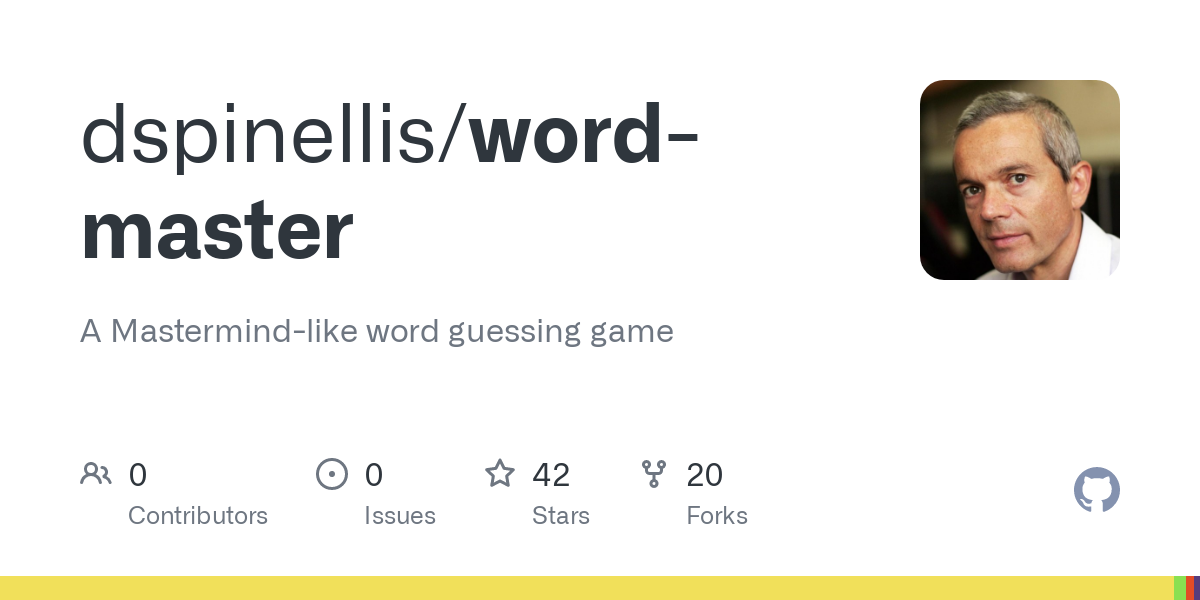 Heavily inspired by Wordle, Word Master is a word guessing game similar to Mastermind. This Greek word version is almost completely based on the original English word version, which can be played here.

The original author of Word Master, Katherine Peterson, created it because she loved Wordle, but the once a day limit left her wanting more. I forked her version and converted it to use Greek words, because I love the Greek language, and have been writing software to support Greek for the past 40 years. I was also fortunate to use the, now widely adopted, Greek dictionary originally created by Giannis Mitalas and Nikos Seraskeris as a thesis project I supervised at the University of the Aegean in 1999.

I created the list of acceptable words by filtering the Greek dictionary of Hunspell to remove proper nouns and words that are not five characters long. I created the list of candidate words by obtaining the 2079 (same number as in the English version) most common words in the Greek Wikipedia that were in the acceptable words list. The Unix shell script for creating the two lists is available here.