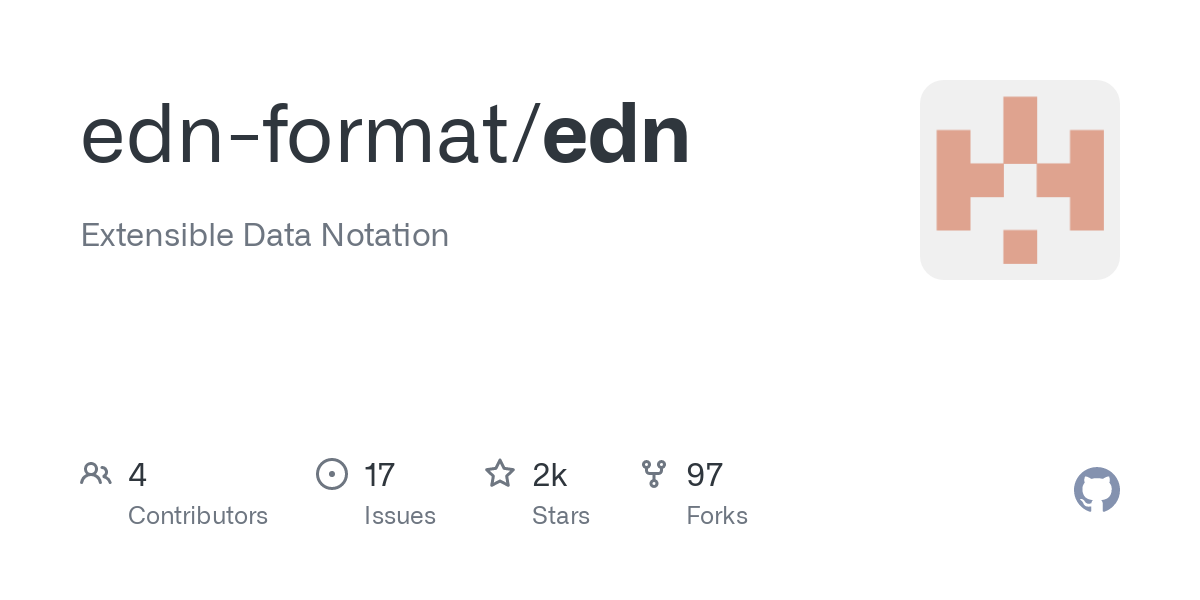 edn is an extensible data notation. A superset of edn is used by Clojure to represent programs, and it is used by Datomic and other applications as a data transfer format. This spec describes edn in isolation from those and other specific use cases, to help facilitate implementation of readers and writers in other languages, and for other uses.

edn supports a rich set of built-in elements, and the definition of extension elements in terms of the others. Users of data formats without such facilities must rely on either convention or context to convey elements not included in the base set. This greatly complicates application logic, betraying the apparent simplicity of the format. edn is simple, yet powerful enough to meet the demands of applications without convention or complex context-sensitive logic.

edn is a system for the conveyance of values. It is not a type system, and has no schemas. Nor is it a system for representing objects - there are no reference types, nor should a consumer have an expectation that two equivalent elements in some body of edn will yield distinct object identities when read, unless a reader implementation goes out of its way to make such a promise. Thus the resulting values should be considered immutable, and a reader implementation should yield values that ensure this, to the extent possible.