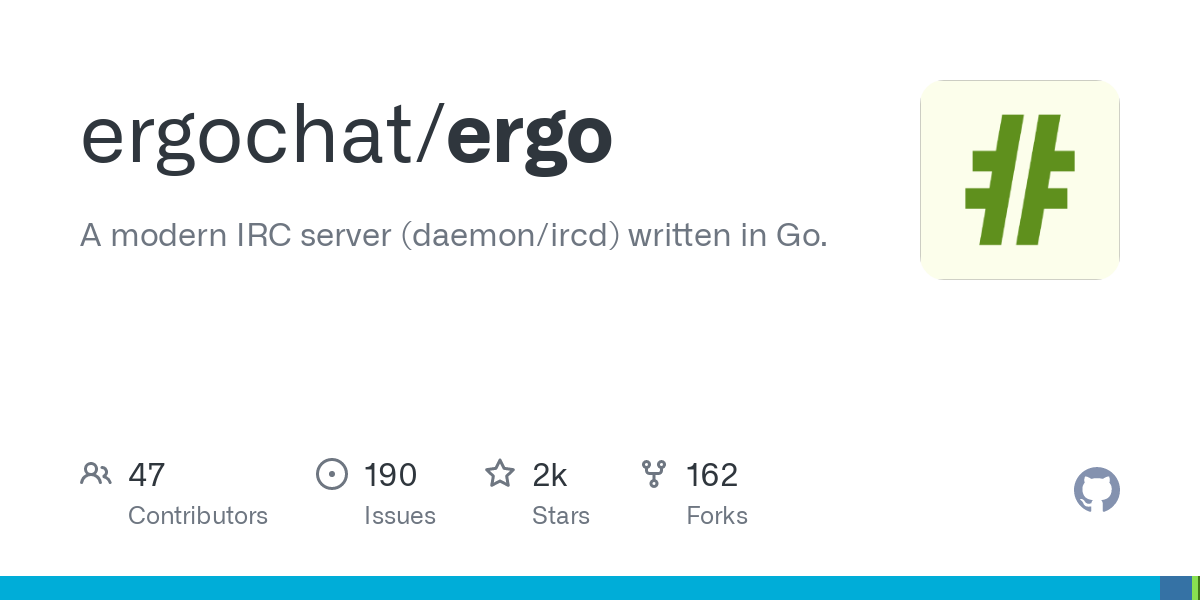 If you want to take a look at a running Ergo instance or test some client code, feel free to play with testnet.ergo.chat (TLS on port 6697 or plaintext on port 6667).

Note: See the productionizing guide in our manual for recommendations on how to run a production network, including obtaining valid TLS certificates.

A Dockerfile and example docker-compose recipe are available in the distrib/docker directory. Ergo is automatically published to the GitHub Container Registry at ghcr.io/ergochat/ergo. For more information, see the distrib/docker README file.

The master branch is not recommended for production use since it may contain bugs, and because the forwards compatibility guarantees for the config file and the database that apply to releases do not apply to master. That is to say, running master may result in changes to your database that end up being incompatible with future versions of Ergo.