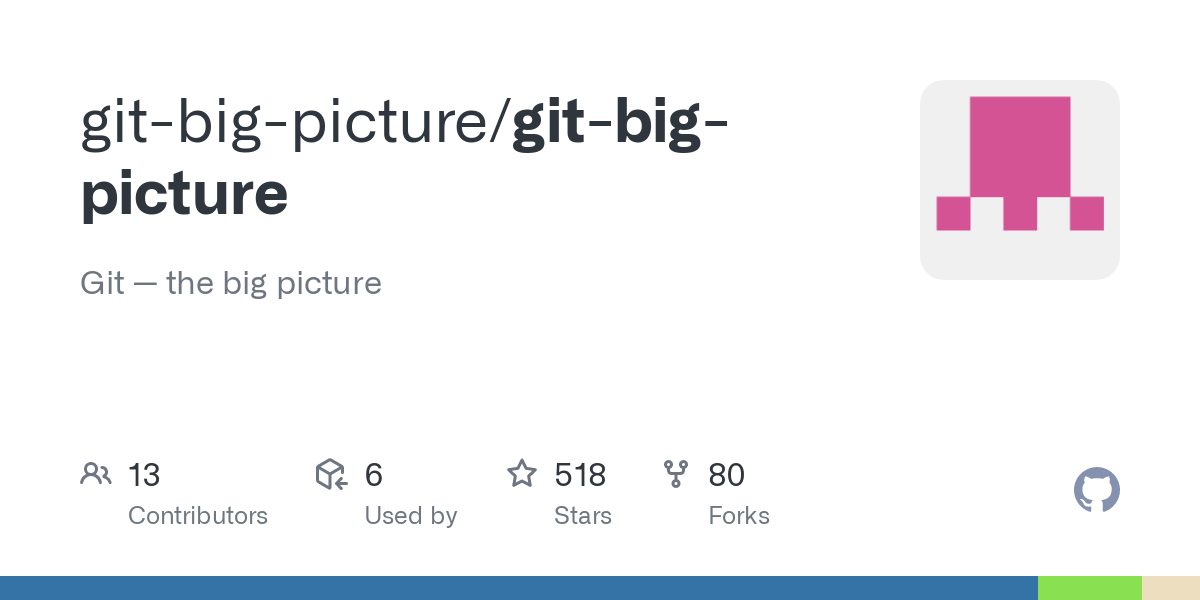 git-big-picture is a visualization tool for Git repositories. You can think of it as a filter that removes uninteresting commits from a DAG modelling a Git repository and thereby exposes the big picture: for example the hierarchy of tags and branches. git-big-picture supports convenience output options and can filter different classes of commits. It uses the Graphviz utility to render images that are pleasing to the eye.

After installation using pip, you can easily integrate this script as a regular Git command, by making sure that executable git-big-picture is found during ${PATH} lookup. E.g. you could append a line like export PATH="${HOME}/.local/bin:${PATH}" to your ~/.bashrc if you are using Bash.

The graph operations are written in Python and output the graph-data in the easy-to-write Graphviz syntax. This is converted into an image using the Graphviz dot utility. Graphviz supports a multitude of image formats, e.g. SVG and PDF. Check that Graphviz is installed by invoking: dot -V.