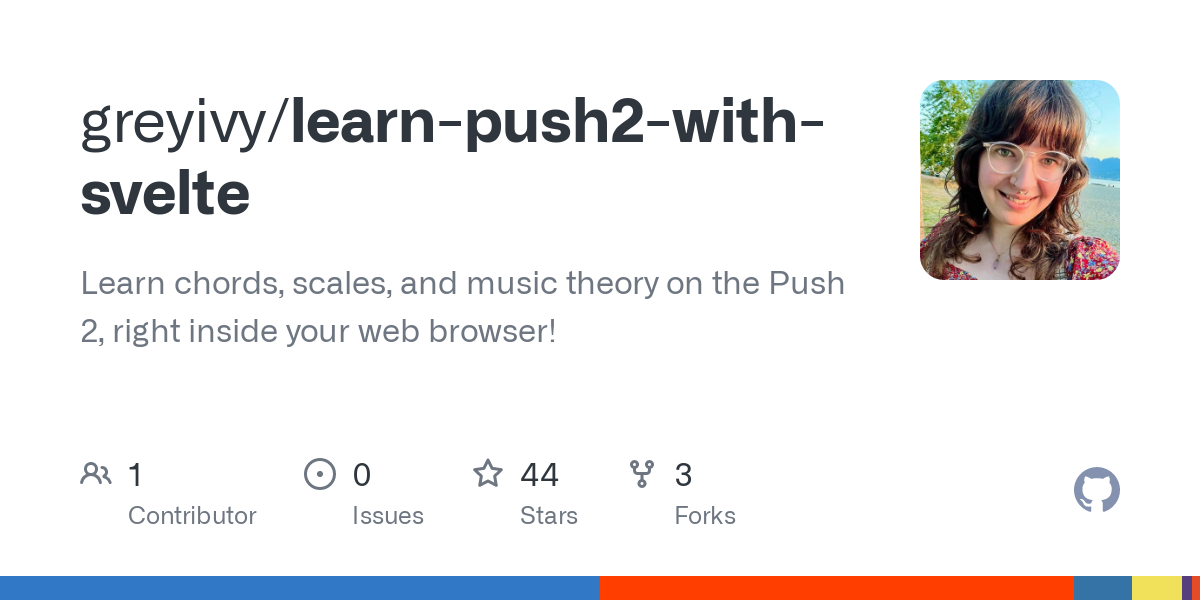 Learn chords, scales, and music theory on the Push 2, right inside your web browser! This started as a project to test out Svelte but it turns out it's really useful 🤷‍♀️

Navigate to localhost:5000. You should see your app running. Edit a component file in src, save it, and reload the page to see your changes.

By default, the server will only respond to requests from localhost. To allow connections from other computers, edit the sirv commands in package.json to include the option --host 0.0.0.0.

If you're using Visual Studio Code we recommend installing the official extension Svelte for VS Code. If you are using other editors you may need to install a plugin in order to get syntax highlighting and intellisense.

You can run the newly built app with npm run start. This uses sirv, which is included in your package.json's dependencies so that the app will work when you deploy to platforms like Heroku.

By default, sirv will only respond to requests that match files in public. This is to maximise compatibility with static fileservers, allowing you to deploy your app anywhere.