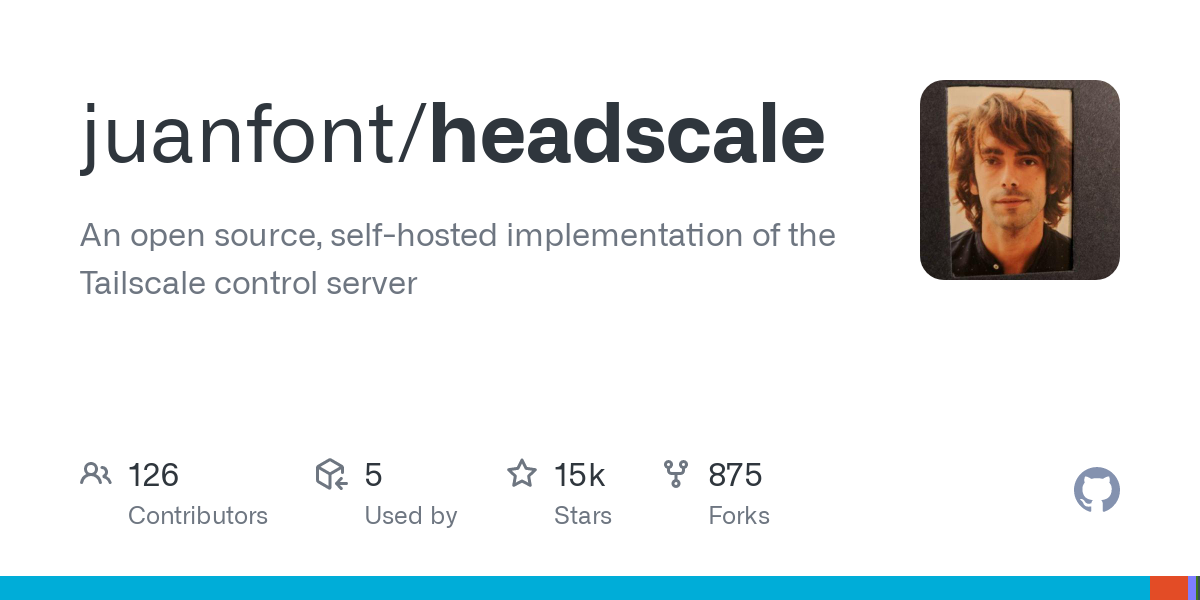 Tailscale is a modern VPN built on top of Wireguard. It works like an overlay network between the computers of your networks - using all kinds of NAT traversal sorcery.

Everything in Tailscale is Open Source, except the GUI clients for proprietary OS (Windows and macOS/iOS), and the 'coordination/control server'.

The control server works as an exchange point of Wireguard public keys for the nodes in the Tailscale network. It also assigns the IP addresses of the clients, creates the boundaries between each user, enables sharing machines between users, and exposes the advertised routes of your nodes.

If you create an authkey with the --ephemeral flag, that key will create ephemeral nodes. This implies that --reusable is true.

Please bear in mind that all the commands from headscale support adding -o json or -o json-line to get a nicely JSON-formatted output.

Headscale's configuration file is named config.json or config.yaml. Headscale will look for it in /etc/headscale, ~/.headscale and finally the directory from where the Headscale binary is executed.