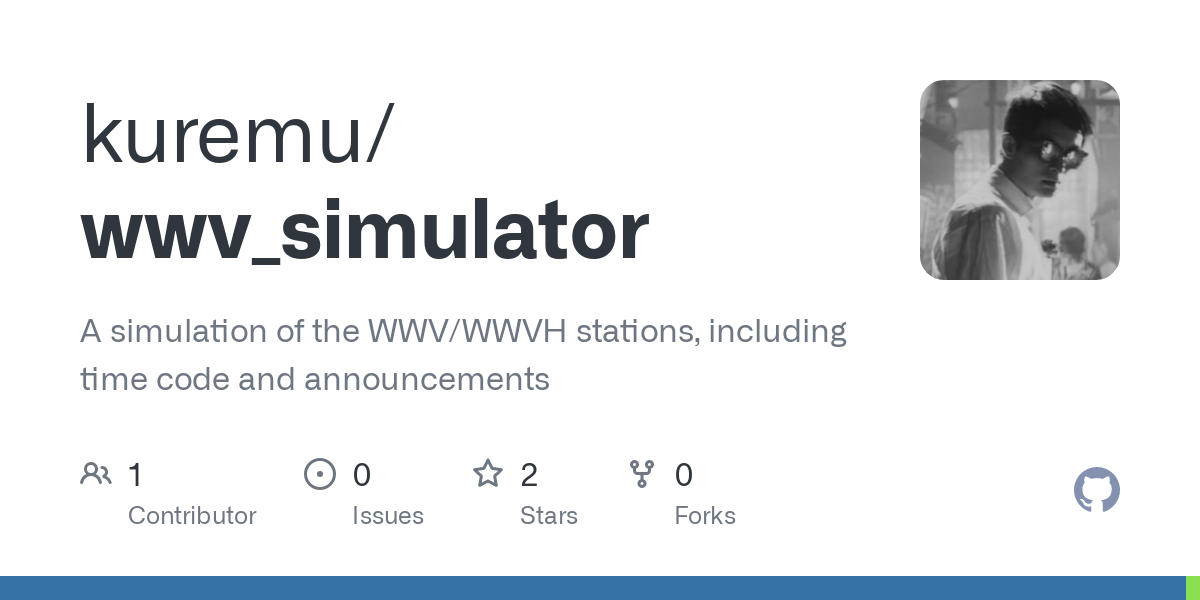 GitHub - kuremu/wwv_simulator: A simulation of the WWV/WWVH stations, including time code and announcements

wwv_simulator plays a simulation of the WWV and WWVH time broadcasts. It uses SoX to produce the various tones heard in the broadcasts and to play the result, and espeak to speak the announcements.

WWV is located in Fort Collins, Colorado and WWVH is located in Kekaha, Hawaii. They transmit on 5, 10, 15 and 20 MHz and can be heard quite broadly around the world, depending on the time of day and ionospheric conditions. They transmit tones, second pulses, various announcements and a 100 Hz time code that can be used to set radio-controlled clocks.

wwv_simulator recreates most of the features of these broadcasts, including leap seconds and DUT1 values, and downloads historical data in order to simulate what the stations would have been broadcasting in the past. WWV/WWVH differ slightly, most notably in the voices which are male for WWV and female for WWVH. Use the --station argument to select between WWV/WWVH (default WWV).

Running wwv_simulator without any arguments will give you a "live" broadcast, tracking the current time. You can also set a custom --date and --time in order to eg. hear what happens during a leap second, although note this will only work if wwv_simulator has already run long enough for the historical data file1 to have completely downloaded: