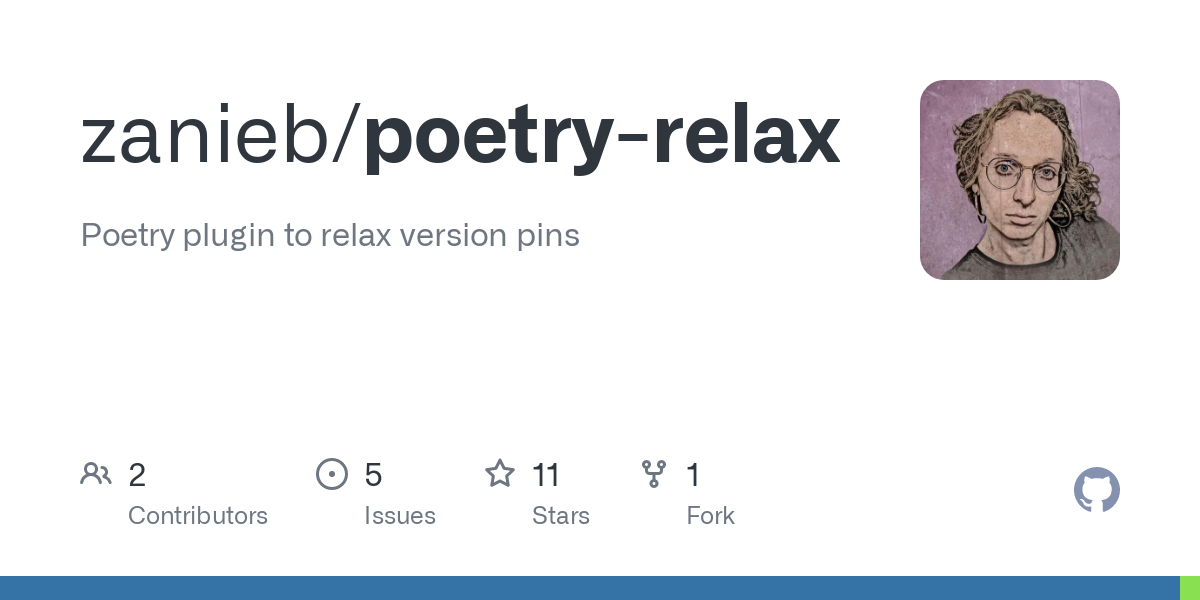 A Poetry plugin to relax dependency versions when publishing libraries. Relax your project's dependencies from foobar^2.0.0 to foobar>=2.0.0.

By default, Poetry uses caret constraints which would limit foobar versions to <3.0. poetry-relax removes these upper version bounds, allowing dependencies to be upgraded.

Poetry's default behavior is to include upper version bounds. Many people have spoken up against this style of dependency management in the Python ecosystem, including members of the Python core development team. See the bottom of the readme for links and additional context.