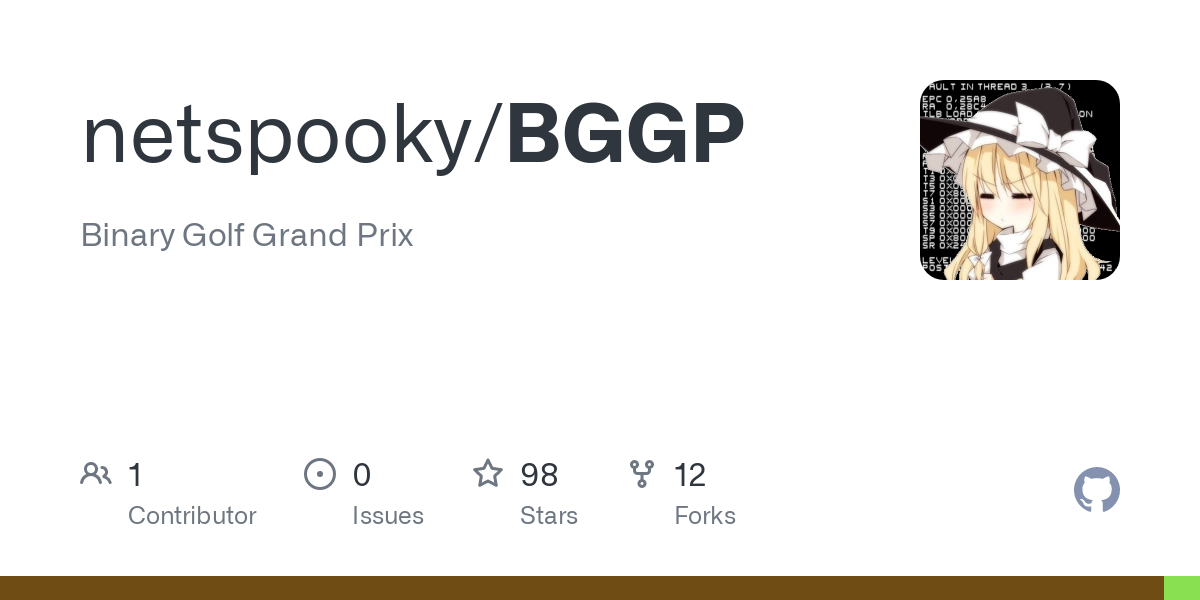 Each file mentioned is included in this repo. Score files are in PNG and ANS format. Every entry was marked up to detail the various file overlays and other tricks done.

We thought this file was cool even though it doesn't return 2! It won't be officially scored and is here to showcase an interesting technique!

Category 2 files aim to pack the most files into the base executable, with points earned for bytes overlaying the base file, and two more points for each byte from a different file executed as code.

We weren't able to open the Zip or 7z files on Ubuntu or Windows per the writeup or other tools. We tried WinRar, 7Zip, p7zip, unzip, and each one marked the file as corrupted, or opened the EXE as a zip. :(