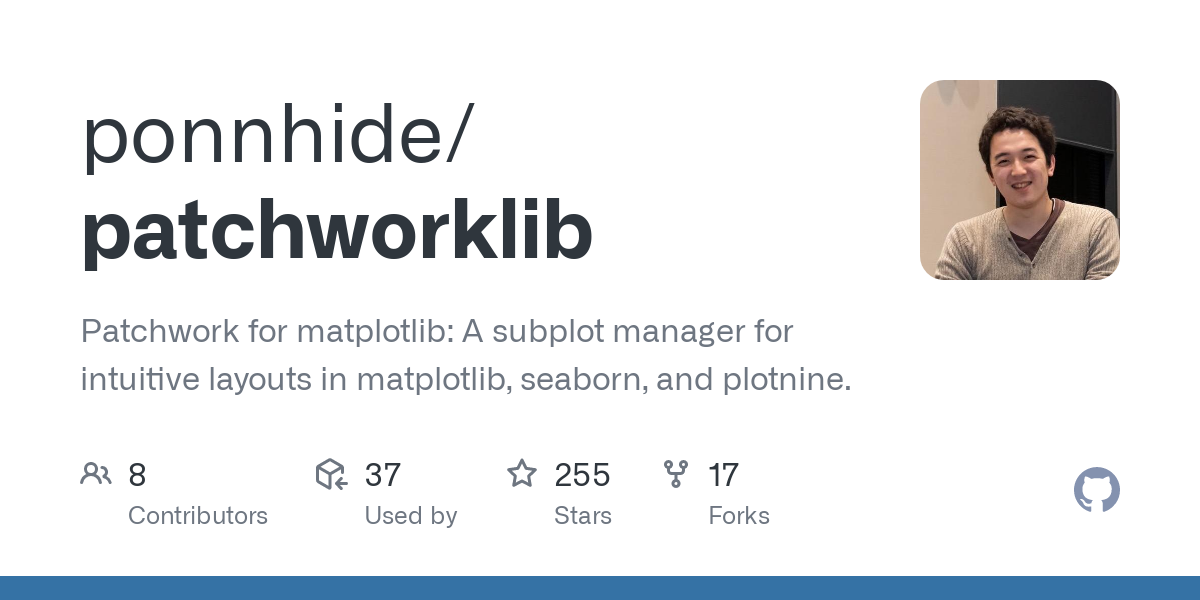 Matplotlib subplot functions are not optimized for interactive programming environments such as Jupyter-lab. This point seems to be discussed in some places, and the matplotlib side has recently developed a new function for quickly arranging multiple graphs.

But, they probably do not understand our hope. The current subplot managers implemented in matplotlib force users to determine the entire layout of multiple plots before drawing them. However, we do not want to think about a layout for multiple graphs before drawing them. After creating each plot, we want to test multiple layouts and find the best one. Here, I tried to implement the patchwork-like module on matplotlib. It enables us to design a tidy layout for multiple matplotlib plots quickly.

If you want to use developmental version, it can be installed using the following single command: pip install git+https://github.com/ponnhide/patchworklib.git