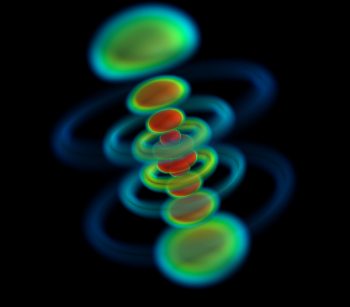 QMsolve seeks to provide a solid and easy to use solver, capable of solving the Schrödinger equation for one and two particles, and creating descriptive and stunning visualizations of its solutions both in 1D, 2D, and 3D.

The way this simulator works is by discretizing the Hamiltonian with an arbitrary potential, specified as a function of the particle observables. This is achieved with the Hamiltonian constructor.

The visualization.superpositions method features the possibility of interactively visualizing a superposition of the computed eigenstates and studying the time dependence of the resulting wavefunction.