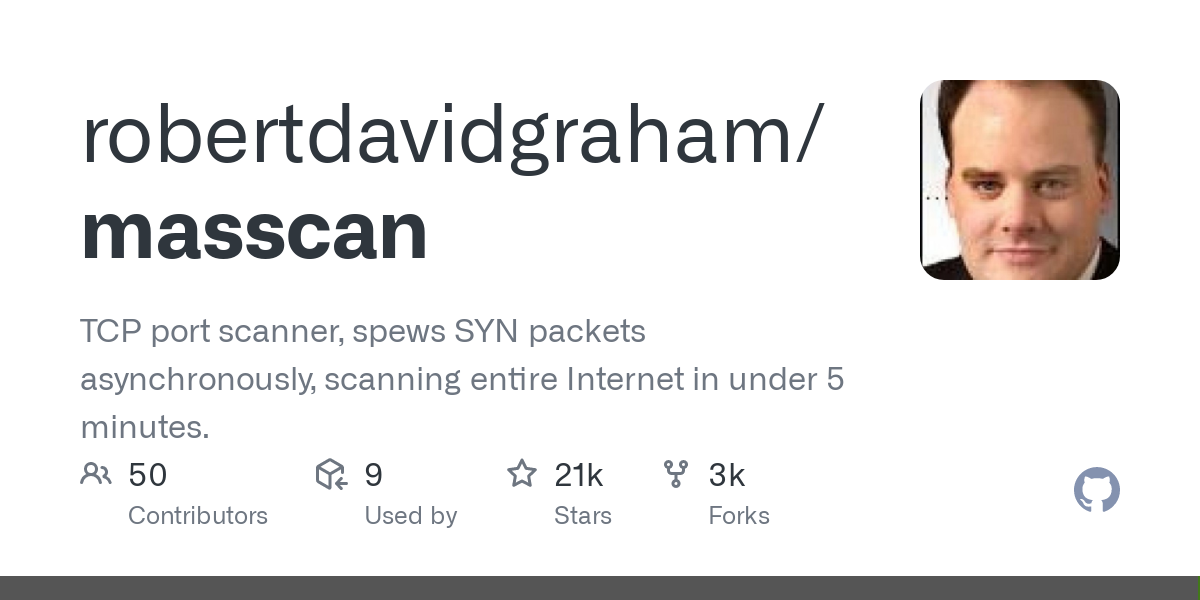 This is an Internet-scale port scanner. It can scan the entire Internet in under 5 minutes, transmitting 10 million packets per second, from a single machine.

Its usage (parameters, output) is similar to nmap, the most famous port scanner. When in doubt, try one of those features -- features that support widespread scanning of many machines are supported, while in-depth scanning of single machines aren't.

NOTE: masscan uses its own ad hoc TCP/IP stack. Anything other than simple port scans may cause conflict with the local TCP/IP stack. This means you need to use either the --src-ip option to run from a different IP address, or use --src-port to configure which source ports masscan uses, then also configure the internal firewall (like pf or iptables) to firewall those ports from the rest of the operating system.

This tool is free, but consider contributing money to its development: Bitcoin wallet address: 1MASSCANaHUiyTtR3bJ2sLGuMw5kDBaj4T