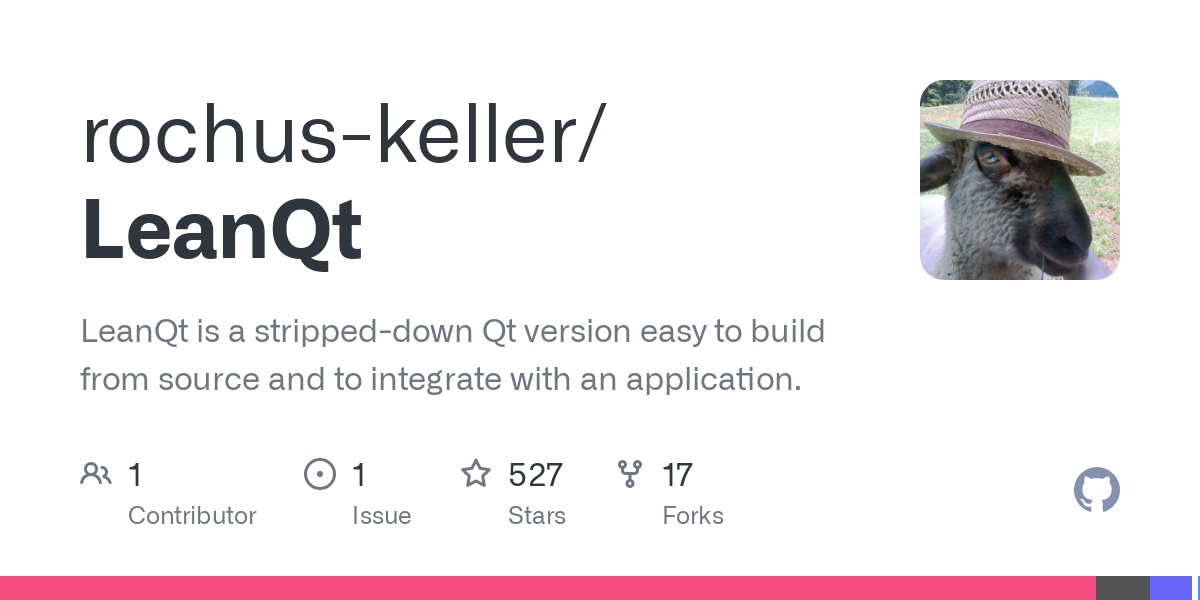 LeanQt is a stripped-down Qt version which includes the essential features and is easy to build from source and to integrate with an application.

My primary motivation for LeanQt was to make my Oberon compiler (and also the IDE in future) easier to compile and deploy on all relevant platforms with as few dependencies as possible. Many of my tools are based on Qt 5, which is an excellent framework that provides all the necessary features in a platform-independent way. Qt 5 has low requirements for the C++ compiler and is available virtually on all platforms where there is a C++98 compiler.

Unfortunately, there has been a certain proliferation over the years where Qt has been bloated with all sorts of features with questionable value. The standard binary installation of Qt swallows several gigabytes and requires a login to a commercial company server, which discourages many people. The non-essential features make the build even more complicated. The now initiated development with Qt 6 makes even higher demands on compiler and system, and follows a development that I cannot make sense of.

For LeanQt I used the code of Qt 5.6.3 which was the last Qt version available under both LGPL v2.1 and v3. Instead of qmake the BUSY build system (see https://github.com/rochus-keller/BUSY) is used, which was one of the reasons I implemented it. LeanQt has a different source tree structure compared to the original Qt toolkit; a lot of the original subdirectories (e.g. mkspecs, qmake) are no longer required; there are no longer separate subdirectories under corelib since each was depending on every other anyway. I also added additional configuration options so it is possible to use a minimal version even without the file engine and core application (see the BUSY file in the root for more information); many changes were necessary to the original source code for this, but the API is mostly the same and thus the original Qt documentation is still valid.