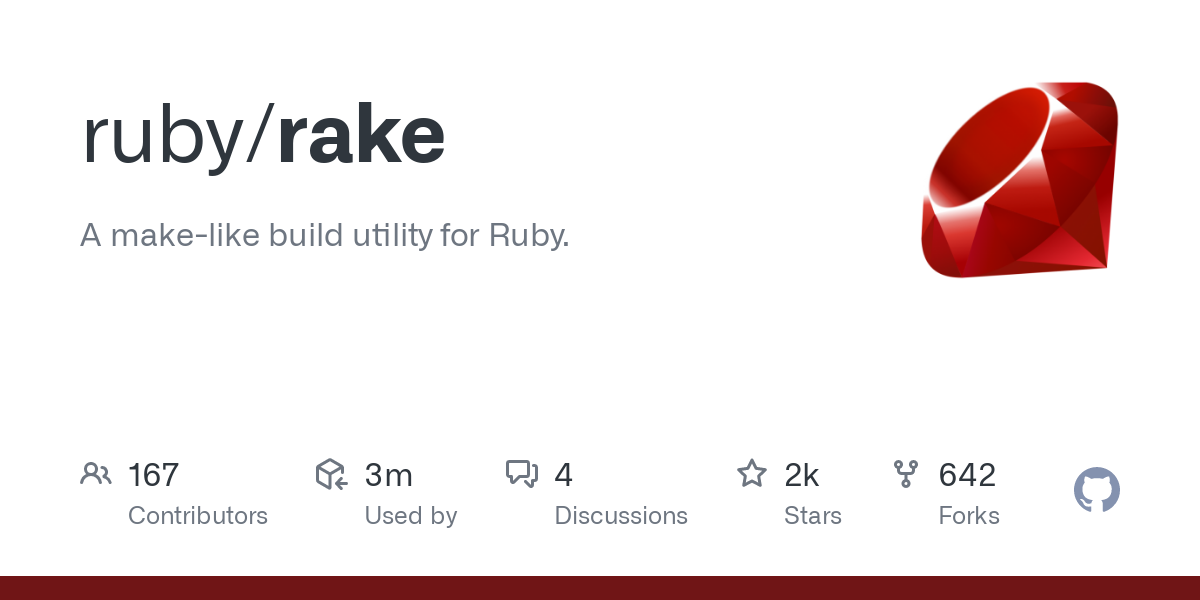 Rakefiles (rake's version of Makefiles) are completely defined in standard Ruby syntax. No XML files to edit. No quirky Makefile syntax to worry about (is that a tab or a space?)

A library of prepackaged tasks to make building rakefiles easier. For example, tasks for building tarballs. (Formerly tasks for building RDoc, Gems, and publishing to FTP were included in rake but they're now available in RDoc, RubyGems, and rake-contrib respectively.)

A task named “default”. This task does nothing by itself, but it has exactly one dependency, namely the “test” task. Invoking the “default” task will cause Rake to invoke the “test” task as well.

Rake is a late entry in the make replacement field. Here are links to other projects with similar (and not so similar) goals.