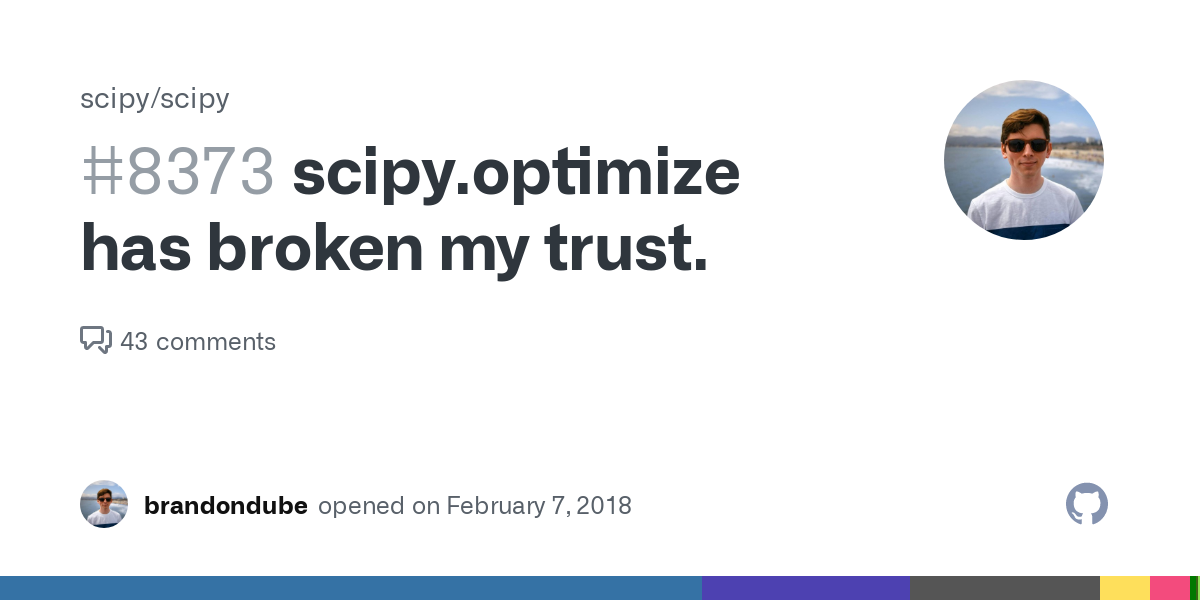 I am genuinely in awe of how it was included in scipy 1.0. I am tagging two heavy hitters to attempt to bring discussion to this issue since, in general, scipy.optimize issues seem to go without discussion or fixes. @pv @teoliphant

As I understand, an effort was made in the last few version of scipy leading up to and including 1.0 to unify the interface of the different optimization routines and eventually deprecate fmin_xxxx.

A fairly large issue with this is that many of the inputs and outputs in the scipy documentation for these functions are simply wrong.