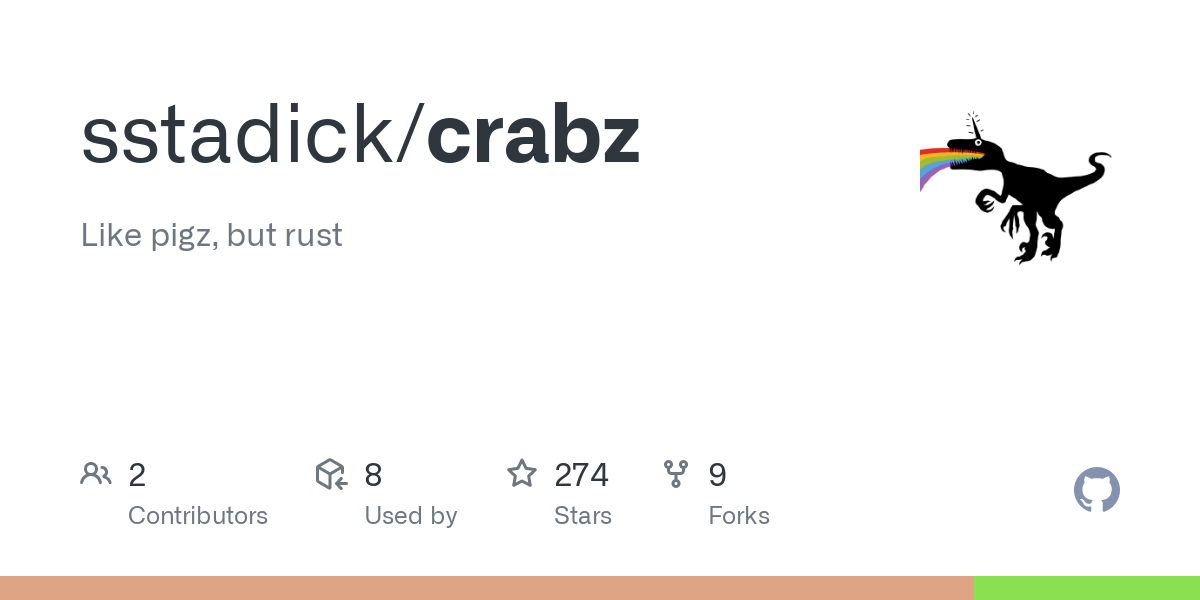 It is already known that zlib-ng is faster than zlib, so none of this is groundbreaking. However, I think crabz gets an an edge due to the following:

With regards to block formats like Mgzip and BGZF, crabz is using libdeflater by default which excels at compressing and decompression known-sized blocks. This makes block compression formats very fast at a small loss to the compression ratio.

Comparing crabz against tools like bgzip, which also defaults to libdeflater as a backend shows them within a few percent of eachother.

As crabz is just a wrapper for the gzp library, the most exciting thing about these benchmarks is that gzp is on par with best in class CLI tools for multi-threaded compression and decompression as a library.