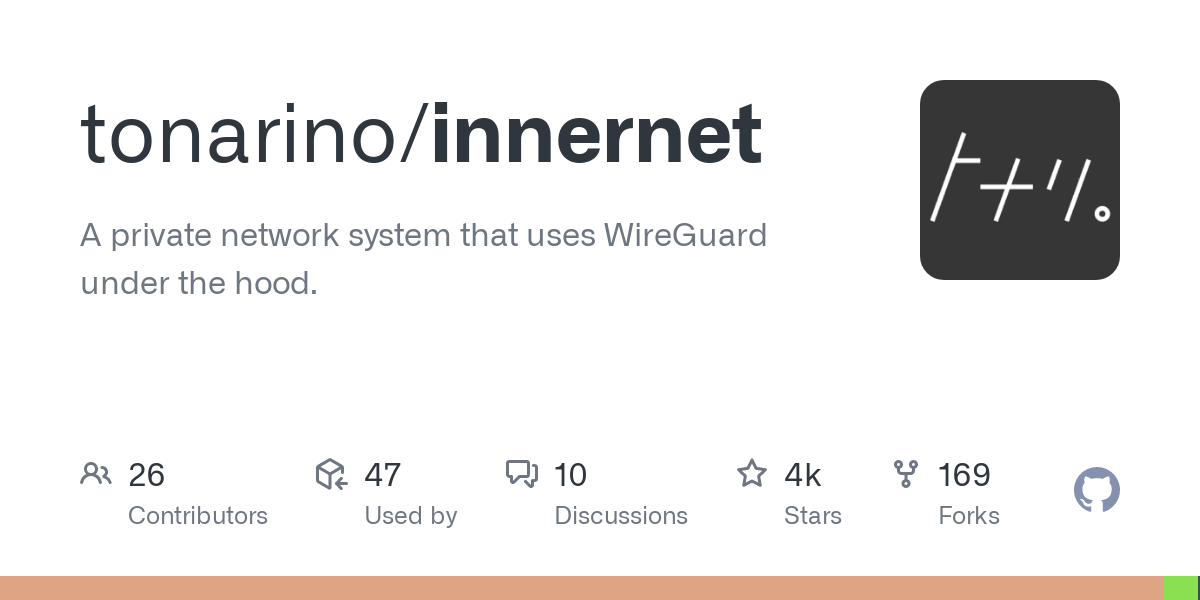 GitHub - tonarino/innernet: A private network system that uses WireGuard under the hood.

innernet is similar in its goals to Slack's nebula or Tailscale, but takes a bit of a different approach. It aims to take advantage of existing networking concepts like CIDRs and the security properties of WireGuard to turn your computer's basic IP networking into more powerful ACL primitives.

This has not received an independent security audit, and should be considered experimental software at this early point in its lifetime.

Every innernet network needs a coordination server to manage peers and provide endpoint information so peers can directly connect to each other. Create a new one with

The init wizard will ask you questions about your network and give you some reasonable defaults. It's good to familiarize yourself with network CIDRs as a lot of innernet's access control is based upon them. As an example, let's say the root CIDR for this network is 10.60.0.0/16. Server initialization creates a special "infra" CIDR which contains the innernet server itself and is reachable from all CIDRs on the network.