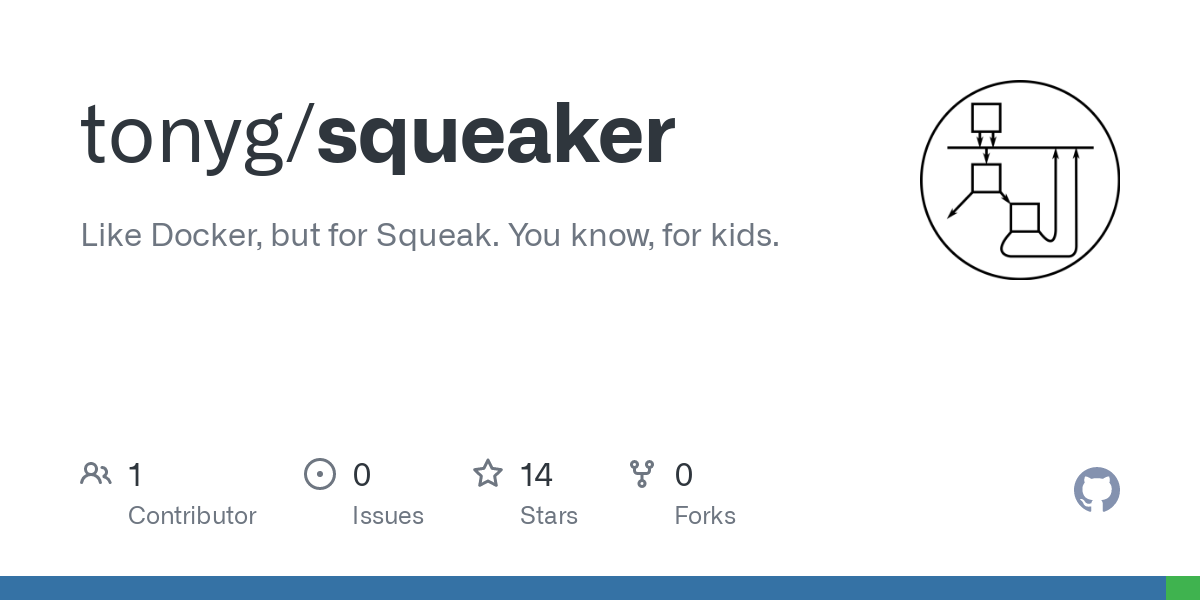 It's a small program that helps in automated derivation of configured Smalltalk images from some fixed base image and a collection of Smalltalk commands. It's a few hundred lines of Python, so far.

Squeakerfile.st is like Dockerfile, except it contains locations to fetch images from plus Smalltalk expressions to derive new images.

squeaker build is like docker build. It manages a cache (in $XDG_CACHE_HOME/squeaker, usually $HOME/.cache/squeaker on Unix) of downloaded artifacts, derived images, and the stages in each derivation.

squeaker run is like docker run. It starts a previously-downloaded or -derived image in a temporary directory. (Future: support persistent image instances, like docker does! Easy enough.)

The Squeakerfile.st specifying a build is written using !-delimited chunk format (see also here and below). A chunk starting with from: specifies either

Other chunks are snippets of Smalltalk to execute to configure the image, deriving another image. Chunks are applied in sequence. Squeaker caches intermediaries, like Docker does, to avoid repeated work.