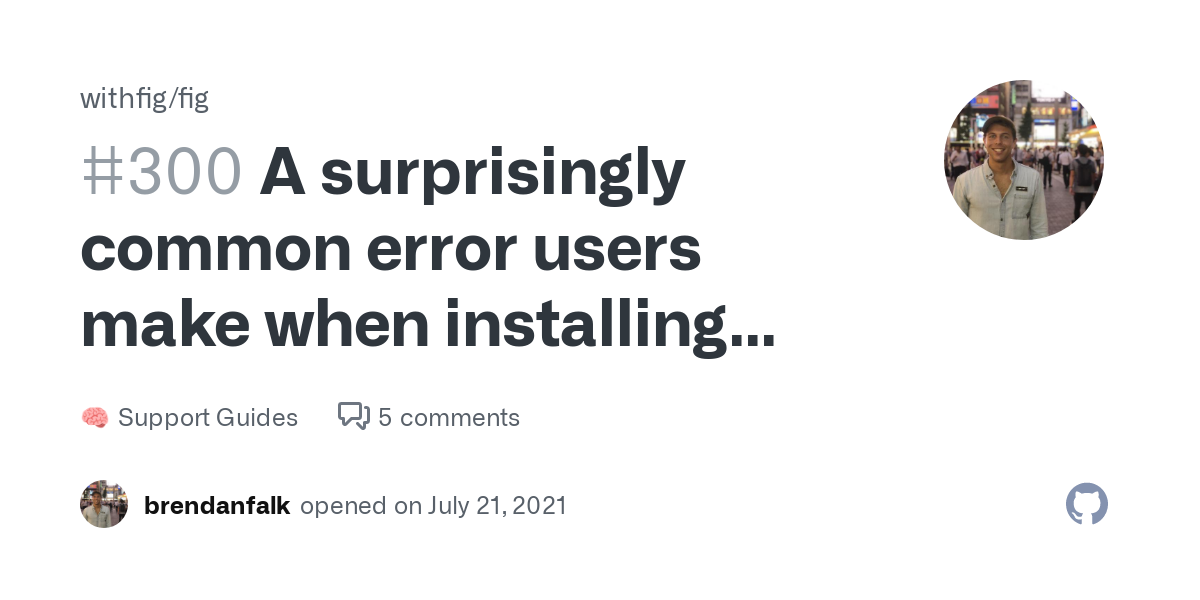 How do we know this? At Fig, many many users have presented us with bug reports saying Fig wasn't working. Turns out brew messing up the $PATH variable was the underlying cause.

When you install brew, you are prompted to add the directory containing the brew executable to your path. The prompt looks like this:

Your $PATH is usually 5-15 lines. If you see the same line being repeated a million times, and that line contains brew, you have a problem!