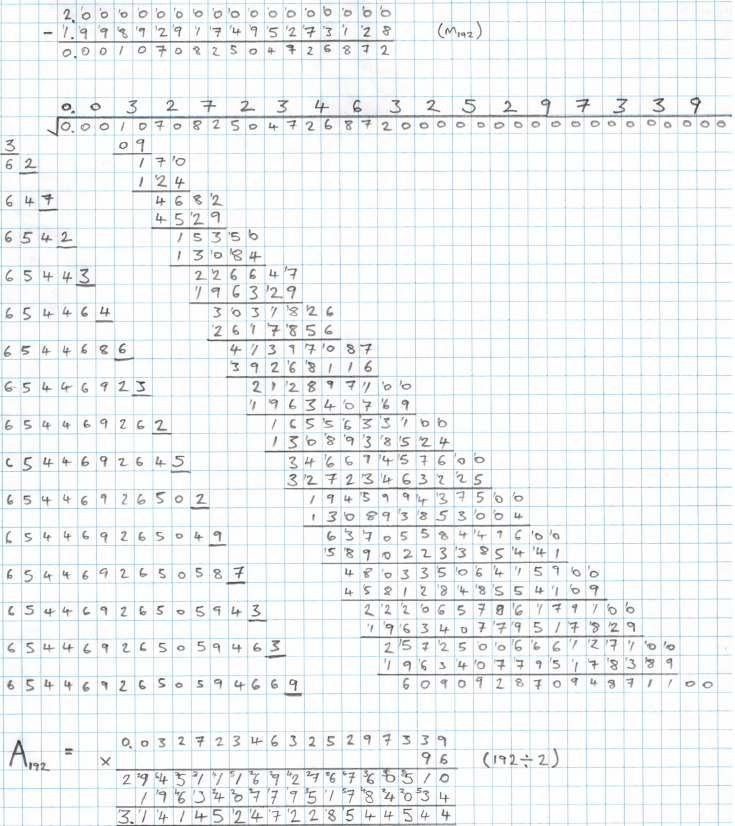 Computing π By Hand with a 1700 Year Old Algorithm

This post looks at computing by hand a result for pi using a process first described in the 3rd century. This same algorithm yielded the world’s most accurate valuation for the ratio of circle circumference to diameter until the 16th century.

Many early civilisations, approximated the ratio of circle circumference to diameter to be 3. Mathematicians in China before the 3rd century had produced various other esimates to close in on a more accurate valuation.

Liu Hui (3rd century), unsatisfied with these approximations, describes a method to produce successively more accurate valuations for the ratio of a circle’s circumference to its diameter. His process looks at the perimeter of an n-sided regular polygon inscribed in a circle and provides a method of doubling the number of sides to produce better approximations with minimum computation[1].

There is some uncertainty as to which approximations can be attributed to Liu, although it is known that he obtained pi to be 3.14 (2 decimal places) by applying the procedure up until a 96-sided shape.