In this blog, I want to put across my unbiased opinion about two unique tools from the world of Clojure programming. The tools I am talking about are leiningen and relatively new clojure dev tools.

This blog post will cover an essential topic for application development in any programming language - dependency management. And some examples covering the same for Clojure.

While one can write everything themselves, it is much better to re-use others’ work rather than reinventing the wheel again and again.

Developers are often considered mere plumbers at times. For what they do, they just put pieces together and make them work. That doesn’t mean that they don’t create value or push something out that is important. When put together, these tools and systems serve critical business functions. Running these systems is not less than art either.

(λ. borkdude) on Twitter: "The first release of scittle is available, hosted on JSDelivr: https://t.co/mE26NbEhUg Scittle lets you evaluate ClojureScript programs in script tags, without setting up a CLJS project, via the Small Clojure Interpreter. #sci #clojurescript" 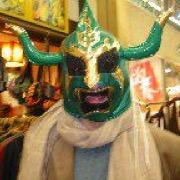 Fun of clojure - wrap some code around data