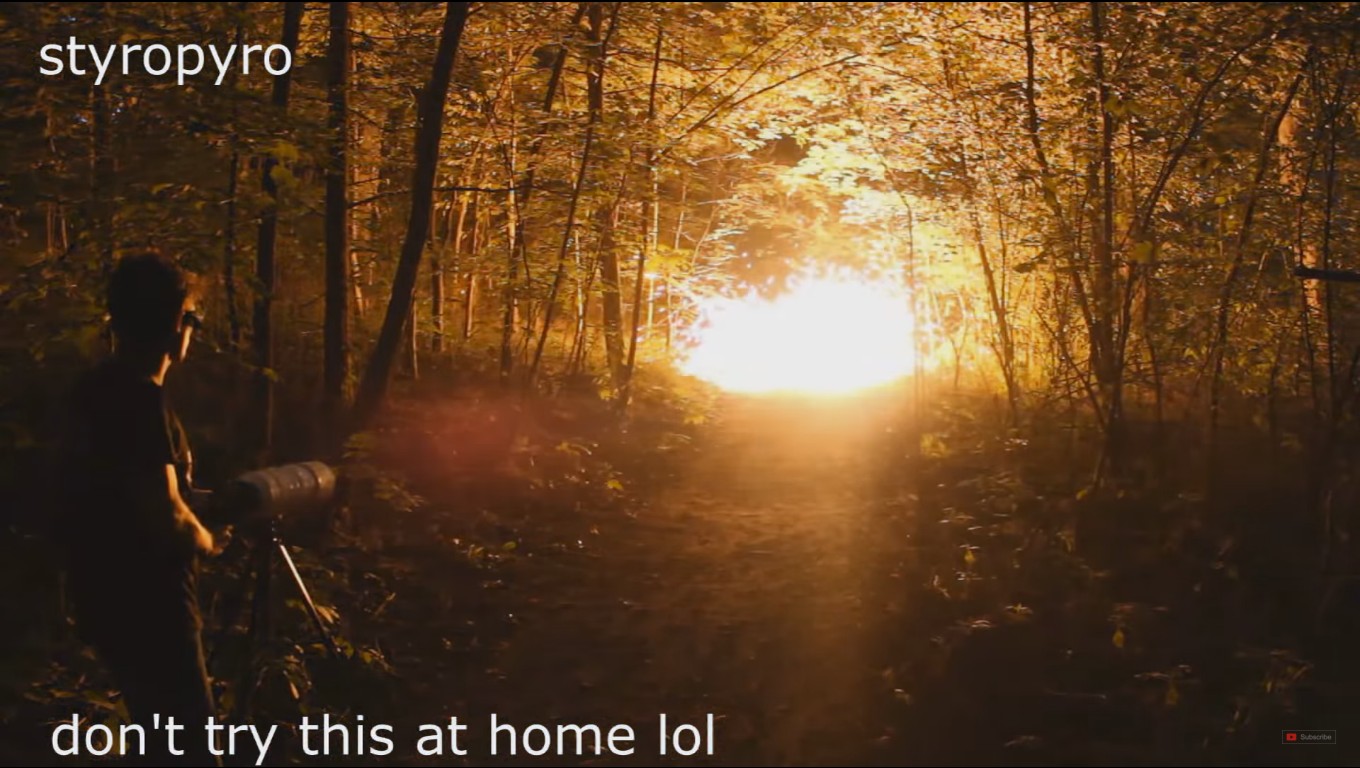 Here’s a DIY laser rifle which can explode a balloon at around 150 feet (45 meters) as well as some angry chemicals at a similar distance. Since there are plenty of videos of lasers doing that at around a meter, why shouldn’t doing so farther away be easy? Despite what many expect, laser beams don’t remain as straight lines forever. All light diverges over a distance. This makes it hard to create a laser which can do damage from more than around a meter and is why most demonstrations on YouTube are that distance or less.

[Styropyro’s] handheld, DIY laser rifle, or Laser Telescope Blaster as he calls it, works for long distances. His solution lies in some surprising physics: the larger the diameter of the beam, the more slowly it will diverge. So he used the opposite of a Galilean telescope to take the small beam of his 405-nanometer laser and increase its diameter. His best result was to explode a balloon at 150 feet (45 meters).

He did run into another issue first though. Anyone who’s tried to keep a camera aimed at a target through a telephoto lens while holding the camera in their hands knows that even a tiny movement will throw the camera off target. For a laser beam to sufficiently heat up the balloon in order to make it explode, the beam has to stay on it for a short period of time. But at a long distance, small movements of his rifle made the beam wander. Putting the rifle on a tripod fixed that. In the video below you can see him work through his design and these issues to finally get his big success.