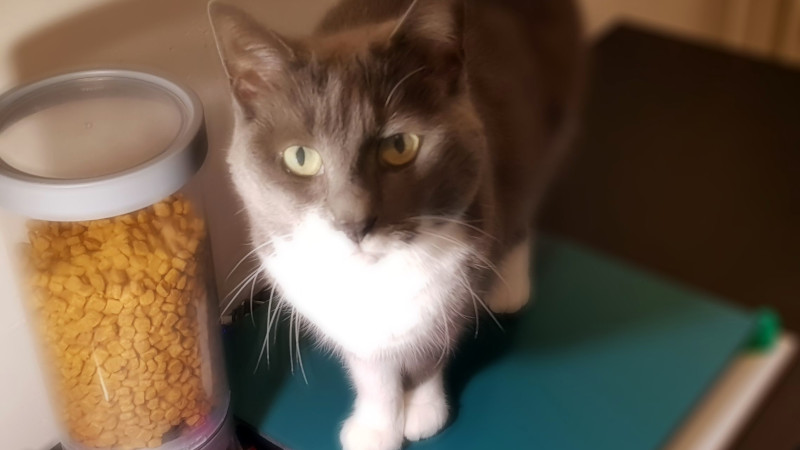 Automatic Cat Weighing Machine Knows Which Pet It Is Feeding

Have you ever tried to weigh a cat? For that matter, have you ever tried to get a cat to do anything they don’t want to do? The wilful independence of our feline companions is a large part of what endears them to us, and must have done ever since the ancient Egyptians first had a hybrid wildcat that became domesticated

No wonder it’s so hard to care for multiple cats with different dietary needs. But the mere act of weighing the cats just might be the key to automating their diets while giving them the choice of when they want to eat. It’s a task that [Psy0rz] has cracked with the Meowton, a weighing machine/feeder combo designed to regulate the diets of his various moggies.

The multi-faceted system involving a scale to weight the cat, a food hopper with dispenser, and a scale for the food bowl. The cat has to stand on the scale to eat, and the dispenser doles out some food when it detects this. It identifies each cat by weight, and controls the quantity dispensed accordingly to spread that cat’s allotted diet over the course of the day.

Behind it all is an ESP32, which delivers the stats to a web interface and makes them available for import to a database. He’s identified a flaw in the system, that two cats of the same weight could cause misidentification. To that end he has an RFID reader under way, but it’s still a work in progress. There is even a live stream of the unit in action.